We discuss expectations for this film following the events of Avengers: Infinity War, the problematic comic book history of Carol Danvers, a “review bombing” controversy that prompted Rotten Tomatoes to revamp its ratings system, Brie Larson’s portrayal of Captain Marvel, Samuel L. Jackson’s return as a de-aged Nick Fury, 90’s nostalgia, your feedback and much more.

Captain Marvel is an extraterrestrial Kree warrior who finds herself caught in the middle of an intergalactic battle between her people and the Skrulls. Living on Earth in 1995, she keeps having recurring memories of another life as U.S. Air Force pilot Carol Danvers. With help from Nick Fury, Captain Marvel tries to uncover the secrets of her past while harnessing her special superpowers to end the war with the evil Skrulls.

To listen to our previous MCU Movie Reviews, click here. 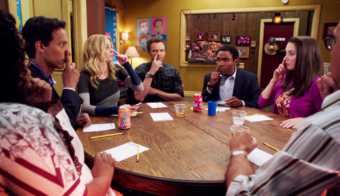 Great review there was one point in the movie where they played a 90s song in the bar and it just felt so forced and unnatural compared to how Guardians did it. A 7 film deal for Larson is a scary thought, End Game may have been the peak

Flat and bland is how I describe the actress that plays Rey in Star Wars. I didn’t think Brie Larson was like that at all but hey ! I thought she was relatable and cool.