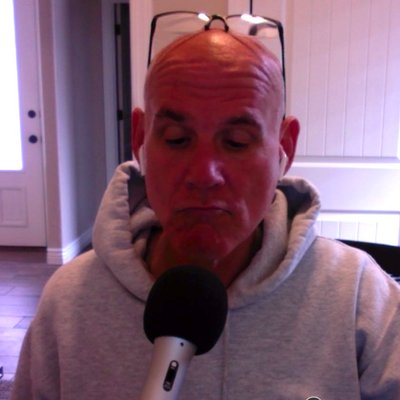 Nostalgia works…thought every Mania since 28 taught us this.

They can’t rely on it forever. Sounds cruel to say but the legends aren’t going to be here forever.

Tell the same thing to Hollywood, TV and music too.

In all fairness legends are created all the time. In 20 years a Shield appearance or a Cena appearance might spike the ratings.

Only one man can do that! that’s the MIZ the most must see Champion of all time!

It will spike it but that’d be it. They jsut can’t create anyone as big as the people from the previous eras. And the number of people they’ll have would be MUCH less.

I doubt a Dolph Ziggler return in 2030 would make anyone care.

This is WWE. Not Hollywood nor music. And WWE is significantly less popular right now then it was 15-20 years ago. In WrestleMania 17, other than the legend battle royale, they didn’t rely on any legends to carry the show.

You cut to WrestleMania 33, and half of your biggest stars and champions are part timers from a decade ago or legends that have come out of retirement/should retire

People bitched and moaned that the Last Jedi wasn’t about skywalkers and tried pushing the new characters.

What’s that say about the general public? It basically says “everything was better in my day”…you think the kids who go to WWE shows hate everything they see currently? Highly doubt it.

I don’t really think you know what you’re talking about anymore but okay.

There’s a big, big difference from big stars that actually drew a massive amount of fans, attention and money like Stone Cold, The Rock, Undertaker and so on could other than a return from any wrestler that is active today. But we’ll pretend and say that a Roman Reigns return will draw big money in 2040 I guess.

Give me a break…you’re comparing peaks with out examining the valleys.

Same old crap…let’s not forget that the next year after 17 was the nWo show.

Bret Hart and Shawn Michaels were not drawing jack shit…we regard as them legends…nuff said.

They used Crutches in the Attitude era to to bridge the older audience and main stream audience Mike Tyson. Pat Paterson Briscoe, Sgt Slaughter. Hell even Undertaker was A legend then and numerous Interviews in the 90s say he was done but Vince kept him coming back.

Talk to anyone what there favorite time in wrestling was i guarantee you its when they were 5 to 10 years old or when they were introduced to it for the first time like college students in attitude era. when your not programed or have object permanence to wrestling its the most fantastical amazing thing you have seen but its on so much a couple of years gets you jaded and you seen everything and the next show better be more awesome then the last one! So there are many kids today even 10 years ago that having the stars of today retire and when they come back will absolutely go ape bleep.Yes we know the old adage make new stars but we forget companies need to make new consumers meaning we are all getting older and our money means less then the fresh consumer that will be alive for years to come,

90s fans saw 80s as boring and plodding no action and too goody too shoe. vice versa they thought it was crass and lacked charm

i can guarantee you if you talk to new wrestling fans that are fans of this current era of these fantastical flips and athleticism you show them matches from the 90s or 80s or before most of the people we love they will call it boring and plodding and turn on a video game. you cant blame them for that they done what we did for whatever generation fan you are to the past generation.

You see when we watch our old favorites we go back to a simpler time when your young with your buddies not having a care in the world watching these awe inspiring real life superheroes. that stays with you so you relieve that each time you see a wrestler again or re watch a match subconsciously it will be there for future generations,

Shawn Michaels being big in eras after being labelled an icon and legend…reaching.

Say Daniel Bryan has a falling out and goes back to wrestling Indy’s. Buried the hatchet and returns in 20 years and it would be huge. Cm punk. Huge. AJ Styles. Huge. There are plenty guys from today that young ppl today would mark out for if they showed up in 20 years. I marked out for Kurt Angle and I was watching him as a rookie. I never thought I would be marking out for him in 2018 back in 1999.