WWE is making its latest round of cuts with staff at NXT being affected by the latest wave.

The company issued the following statement to various media outlets on Wednesday’s cuts:

With the continued evolution of NXT 2.0, we’ve decided to part ways with some of the staff based in our Performance Center. We thank them for their many contributions throughout the years and wish them the best.

Regal has been with WWE since March 2000 and was assigned to Memphis, which served as a developmental territory for the company at that time. He was brought up to the main roster in the fall of that year had a memorable run as commissioner of the WWE and wrestled until 2013.

Since then, Regal was one of the key coaches and staff members at NXT that helped build the roster and included Regal scouring the world and recruiting talent. He was the on-screen commissioner for NXT, although had not appeared on television in several months since the shift to NXT 2.0.

James’ history with WWE goes back to the mid-’90s and was a prominent figure during the Attitude Era alongside DX. In this current run, he had served as a writer and producer going back to 2014 with SmackDown and was later re-assigned to NXT in 2019.

Ace Steel (Christopher Guy) is a 30-year veteran, who joined the company as a coach in NXT in 2019.

Kapoor was an SVP of Operations for WWE and transitioned over to NXT in January 2021. He had been with the company since 2007 where he began on the writing staff and was paired with The Great Khali under the name “Runjin Singh”.

Katz was a creative producer at the WWE Performance Center and had been with the company since June 2013. He had an on-screen presence in the past at NXT when he would introduce The Vaudevillians.

Scott Armstrong, the brother of Road Dogg, had been with WWE since 2006 as a referee and producer. He was furloughed in 2020 but came back later that year.

Mike Johnson at PWinsider.com has also reported that Sarah Cummins, who was senior vice president of consumer products, was released on Wednesday. Johnson was the first to report that NXT producer and writer George Carroll was among the cuts. Carroll started with NXT last June and had appeared on camera several times. He had previously worked with MLW and New Japan Pro Wrestling.

And all the BritWres podcasters started stroking their groins in glee

Well, that’s the final nail in the coffin for this version of NXT. Cannot believe they got rid of Regal and what a waste of time that was for Thatcher.

Interesting that Steve Corino is seemingly still around though

I’m shocked Regal is gone. I assumed he was a lifer in that system.

Of all the people released who could be a major asset elsewhere it’s him.

Would also like to see Alison Danger get in another in-ring run somewhere.

Danger retired a few years ago and I believe had been working behind the scenes with SHIMMER before getting signed. I could see her returning to that role.

Regal would be a huge asset anywhere. Wealth of knowledge. Great eye for talent.

Regal will bounce back almost certainly. Surprised they would give him away.

Sucks to see him go but Regal will be fine. Dude just understands the business so he’ll be an asset wherever he lands

Danger to me, is one of those talents from a previous generation who still has something to offer in-ring, I’m sure - but the opportunities for her weren’t always there I’m guessing.

Her, Del Rey, Lufisto, Portia, etc. Mercedes Martinez definitely is from that group too.

That blows my mind

To be honest, I felt like he would have been older lol.

He’s been in wrestling forever and he’s also one of those guys who’s always looks like he’s 40.

Haha oh ok, ya were in the same page. I read it like you thought he was younger. I think the accent and how well he articulates his words always made him feel more mature.

He should have had a main event run in WWF in 2003/2004. I remember they almost went there with Regal and Triple H in the midst of the stupid Eugene run.
How they never saw a big money in a match is beyond me… 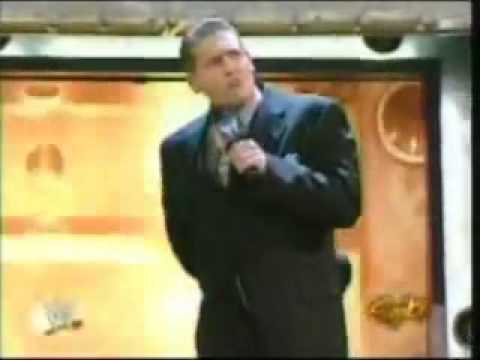 I agree, if memory serves me correctly something happened. He was about to get the biggest push of his career, then there was an incident behind the scenes that derailed him. I feel like it was a suspension, maybe a wellness violation, I can’t remember. He was always a very underrated wrestler, personally I’ve always been a big fan. I think Hunter was always a huge advocate for him, Vince on the other hand never seemed to get behind him.