There were multiple cuts made across several departments under the WWE umbrella.

Fightful’s Sean Ross Sapp and PWInsider both confirmed that cuts were made to WWE’s digital, production and WWE Network divisions. Sapp noted that WWE’s Advanced Media Group is merging into the TV department and individuals who worked on WWE’s YouTube channel and their official website were laid off.

PWInsider added that some of the divisions that are being merged together will be overseen by Kevin Dunn. Brian Pellegatto, who held the title of Senior Vice President, Production for the company and was with WWE for nine years has exited.

Former WWE digital/broadcast team member Cathy Kelley tweeted out the following after the news of the cuts made the rounds:

my brain can’t comprehend and my heart is fucking breaking for all my friends. along with being great humans, everyone behind the scenes at wwe digital worked their asses off to build a huge money making brand and don’t get near the credit they deserve

As of today I am no longer with WWE. I’ve had a tremendous career and had the honor to build the greatest team. From first ever dotcom intern to a leader I’ve seen and done it all. I am truly looking forward to giving this same 110% and then some where ever I land.

This isn’t something I expected to say today or on any day, but I am no longer with WWE after 11 years.

Thank you to all of the friends I’ve made during that time and to the talented people I’ve had the pleasure to work with.

It’s not goodbye, it’s “see you down the road.” pic.twitter.com/0PdU4VWKFt

Egads, I was just alerted that Tony Schiavone correctly predicted this would happen in February! NSFW: 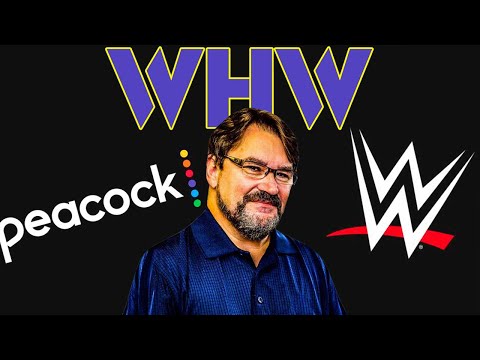 Never even thought about this, but makes sense. With them no longer overseeing the network, this is an unfortunate reality.

Poor WWE, they must really be hurting for money

Damn Conrad came off like an asshole there and Tony wasn’t having any of it.