John Pollock & Wai Ting review AEW Dynamite as the build to Revolution heightens with the announcement of the main event, a gender reveal, and all the latest news.

On Dynamite: The build to AEW Revolution continued with the confirmation of the main event with a massive stipulation attached to Kenny Omega vs. Jon Moxley. Plus, The Young Bucks defend the AEW tag titles, Sting takes a powerbomb, Mama & Papa Buck are in attendance, Riho returns after eleven months away, a battle is set for Q1 earnings, and a GENDER REVEAL.

I howled when this came on: 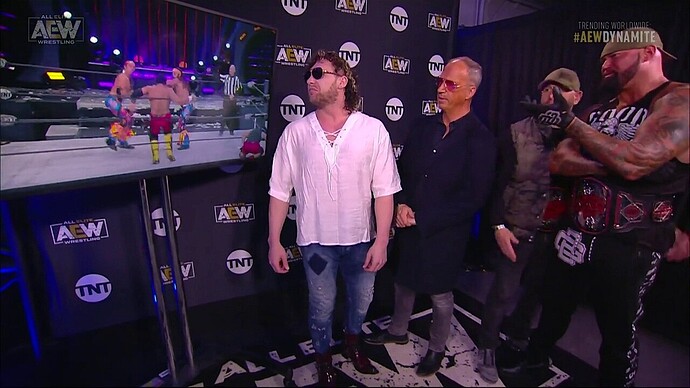 Ok, so the Young Bucks have made fun of WWE’s absurd TV-watching angle before. But here Kenny’s pose and his fidgeting to get a better look over his soldier was just gold.

Why? They’ve done this exact joke before…

Because there are marks for anything AEW do. Either that or they are easily amused.

Every Wednesday its like Christmas morning for these two guys.

Indeed. Except AEW is guaranteed to deliver something worth berating.

Translation - if you do the same joke over and over, it’s boring