Ric Flair responds to the Dark Side of the Ring episode.

Last week, Dark Side of the Ring resumed season three of their program with an episode about the ‘Plane Ride From Hell’ that took place in May 2002. Heidi Doyle, one of the flight attendants was featured on the episode and she recalled an encounter she had with Flair on the flight back to the U.S.

Doyle claimed that while Flair was walking around naked on the plane, he went up to her and made her touch his genitals. Rob Van Dam added that he saw Flair crowding Doyle in the back of the plane. Flair took to social media and addressed the claims and below is his statement:

Every person that I’ve worked with, from my lawyer to my publicist to my wife has said not to post a response; but I’ve never run from past behaviors before and I’m not going to start now.

I want to clarify a few things:

About four years ago, I gave ESPN full access to my life for a “30 for 30” special. They covered taxes, financial issues, adultery, divorces, the passing of my child and drinking/partying AT LENGTH.

Rory Kampf, desperate to matter for another 15 minutes, did an interview about it this morning. When Rory’s lips are moving, he’s typically lying, but one part of what he said was the God’s honest truth:

“I’d never heard that he had forced someone to touch his genitals,” Karpf admitted. “Everything with Ric that was construed as negative I tried to address in the 30 for 30. His drinking, his philandering, his adultery, his money problems, there’s quite a bit, but never, at least in the people that I spoke to, no one ever brought up that he would force himself on somebody. I did hear about him exposing himself, which to me is still troubling, very troubling behavior, and that is addressed in the 30 for 30.”

I allowed my personal life and the lives of my wife and children to be turned upside down for one reason: Whether it’s good or bad, even the really bad, the truth has to matter. Even in wrestling.

My issues have been well documented over my 40+ year career. The impact of drinking too much (which nearly killed me five years ago) has been told time and time and time again. The reason Rory (or anyone else for that matter) never heard stories of me forcing myself on ANYONE is simple: it never happened.

Tommy Dreamer defended Flair and added additional comments on the Dark Side of the Ring episode which led to him being suspended from IMPACT Wrestling and removed from his position on Busted Open Radio.

One thing that I still don’t understand is if there was a settlement how come she was allowed to talk about it on camera like this where as the other plaintiff was not and her name blacked out? I thought a settlement meant a gag order?

I really don’t understand that and without being a lawyer don’t know if that’s relevant in terms of determining what happened here.

Maybe there was a time limit? It did happen 19 years ago, maybe it had a 19 year gag order?

Regardless of the issue, I do feel people should keep in my mind of the consequences good and bad that their negative reaction can elicit… it’s a catch 22…

I’m not talking about victims, I’m referring to the concept of public outrage of any kind… it has a catch 22 effect

Maybe Ric should listen to his lawyer, publicist, and wife next time. What was the point of this? He didn’t even address the topic at hand. We already knew about his OTHER instances of drunken philandering, adultery, etc. What the public needs clarification on right now is the “plane ride from Hell.”

I assume the implication is he saying he’s never done anything like that inclusive of the plane ride from hell. He’s not denying that he was naked and walking around and being belligerent but I assume this can be construed as a denial of ever forcing the hostess to touch him.

Not to victim shame at all but does anyone know details around the jewellery heist charges and the hostess? I just find it mega odd that she clearly got a settlement and is allowed to talk about it and none of this regarding Flair forcing himself came out earlier

I must have missed the jewelry heist part. What was that again?

If he is gonna deny it then he should go ahead and directly deny it. Failing to mention the names of his accusers or directly address the allegations he’s faced with just feels like he is tip-toeing around the crux of the issue. It’s also one thing to admit being drunk, belligerent, and naked, but it’s another thing to apologize and take responsibility for the effects his actions have had. 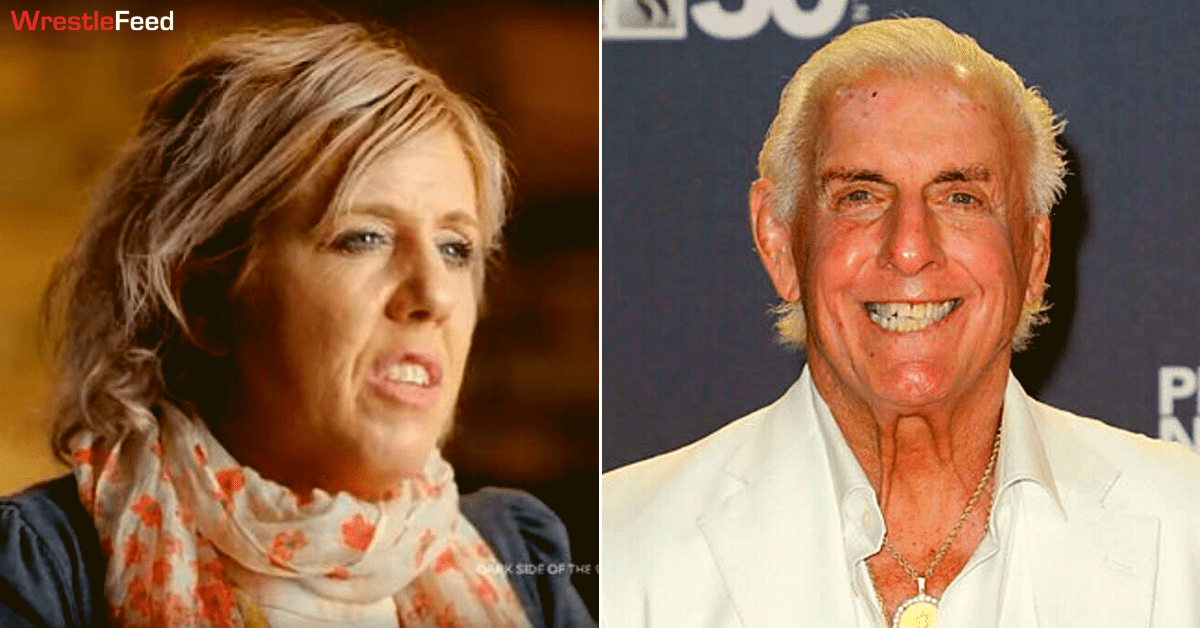 • Ric Flair Accuser Heidi Doyle Stole $80,000 Worth Of Jewelry Those of you who have watched the newest season 3 episode of Dark Side of the Ring about the infamous 2002 ‘Plane Ride From Hell’ know who Heidi Doyle is. She’s the stewardess on board of...

I agree with you that he should address the alleged assault directly.

The one difficulty about apologizing for all of it is that on that ESPN 30 for 30 they treated the nudity and the penis twirling like a joke (there was a legit segment about it). If he apologizes for everything, I think that people would just think he was lying, and TBH he would be as this is something he did for years and years.

Here is the segment I am talking about: 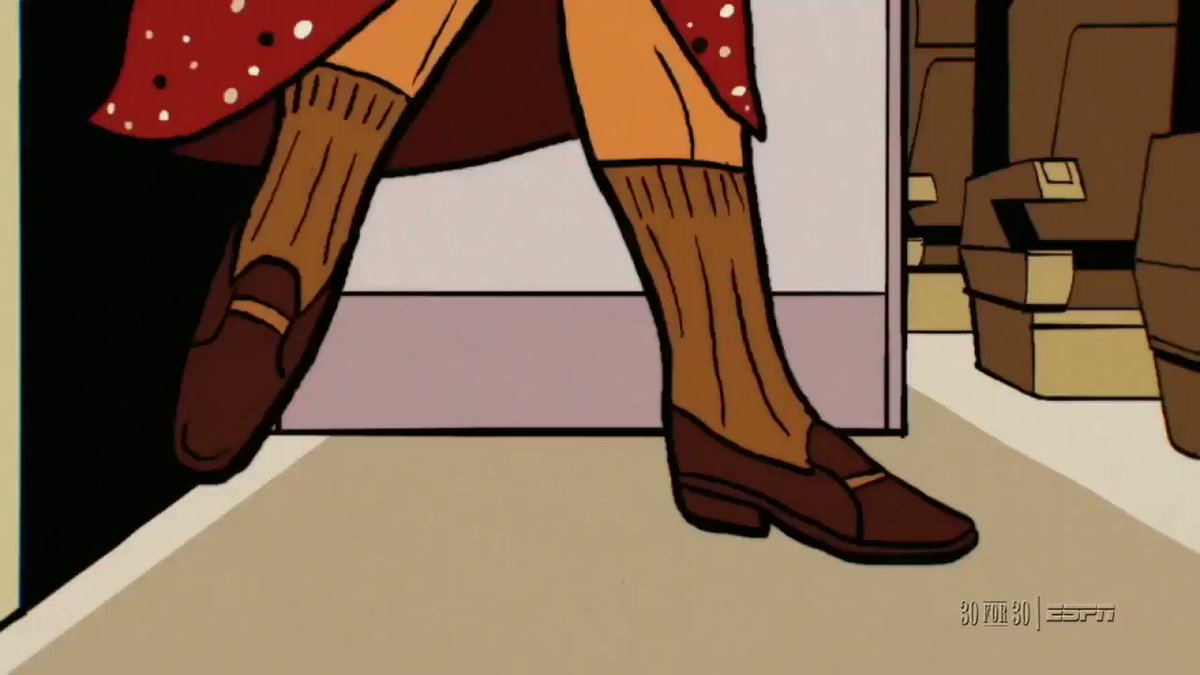 Interesting. I feel though that these are two different things and shouldn’t matter in the context of either story. Also if these allegations were made against someone lower on the card on that plane like say Billy Kidman, nobody would have done this research on the accuser.

Yeah it definitely doesn’t mean it didn’t happen. It might call into question character though in the event that you have a story others don’t corroborate

What does being arrested for theft at any point, let alone 14 years later, have to do with being sexually assaulted? She could have stolen from every wrestler on that very plane because maybe they’re the real marks and it would still be entirely irrelevant.

Thank goodness she isn’t black, these wrestling fans would have had her assaulting Flair for a narrative by now.

I think this speaks to the blinding effect status can have on these conversations. It’s wild that so many folks are caping up for Naitch, even to the point of digging into the victim’s past. Like, Flair is the greatest pro-wrestler of all time, in my opinion…But he was also someone who was a bad dad, someone who battled with substance abuse, someone who had less-than-great views on race, someone who routinely overstepped the acceptable societal boundaries because he was “a made man”. I can respect him all day for his work in the ring, but as a human being, he’s a mid-carder at best, if all accounts (including his own) are to be believed.

At BEST what Ric did on that plane (from Heidi’s statement & corroborating statements from others on the plane), is corner a woman on a plane in an inappropriate manner. In the most positive version of this story, man was still WAY out of line.

Whatever criminal act Heidi committed after the fact, has no reflection on what HE did. There’s also at least a halfway valid argument that her criminal behavior & the choices that led to that behavior were linked to or influenced by trauma…And whatever you believe, there’s no question that that flight was traumatic for her.

I’m all for hearing Flair’s side of the story, but given that we know he’s probably not going to be forthright, all we have to go on is what people on the jet have said, and everything I’ve seen/heard so far leads me to believe Heidi.

Also…Vince is skating on all of this like Brian Boitano.

Agreed and well said. He was totally out of line either way.

I wouldn’t say her actions after that have anything to do with what happened that day at all. However if you’re in the situation where you have no one corroborating her story and a bunch of people who are siding with Rick and then I’m no lawyer but I believe this kind of stuff does matter in terms of trying to figure out who is telling the truth.

We know that in the best case scenario he was still a jack ass. However I have never heard that he forced himself on her and I think that is the most damaging part of the story. I have no reason not to believe her, but if this goes on to become an issue of he said she said and she has no one on her side then I’m not sure anyone really knows what happened.

The allegations around the other behaviour I think most of us to follow this kind of stuff already knew. It wasn’t until I saw that part that I really was sick because I have never heard or read that anywhere.

That’s what I’m trying to say. If it wasn’t a high profile wrestler no one would have looked this up

It doesn’t though if the burglary was 14-15 years later. Waaaaaay after the incident and waaaaaay after her lawsuit. No way it speaks to her character in relation to the plane ride

I’ve perhaps put my foot in it so let me be clear - I in no way shape or form think anything Ric did was okay.

Like I didn’t think Austin hitting his wife was okay which is why I don’t watch him anymore.

However in this situation I was more looking for anyone with a legal background to weigh in.

You have a victim talking about this openly after a settlement. You have damaging new allegations. We all knew most of this. But no one has ever heard of the assault before.

The assault is much worse than exposing himself. Both are wrong but one is a serious crime that deserves jail time.

You now have Dave Meltzer and the documentary 30/30 director and everyone who throughly researched this coming out saying they never once heard this despite detailed investigation. So it very much seems like new information.

I am not saying it didn’t happen. But I am also not a lawyer.

It’s one thing to have this all come out initially. Now almost 20 years later to have new information that is the most damaging come out is odd.

I have no reason not to believe her. I will give her the benefit of the doubt personally. However to now have her say all this (to the best of my knowledge) new information after she has been charged with a serious crime I would have to think places more of a kernel of doubt when everyone else denies it rather than if it had all come out initially when everything else (including his penis twirling) did.

Either way he’s clearly a terrible human being and shouldn’t be excused as being a product of that era. What’s wrong is wrong.

I think nobody here thought you were defending anyone or condoning anyone that is clear for me. I do understand what you are saying about new allegations. Thank you