Per Raj Giri of Wrestling Inc - 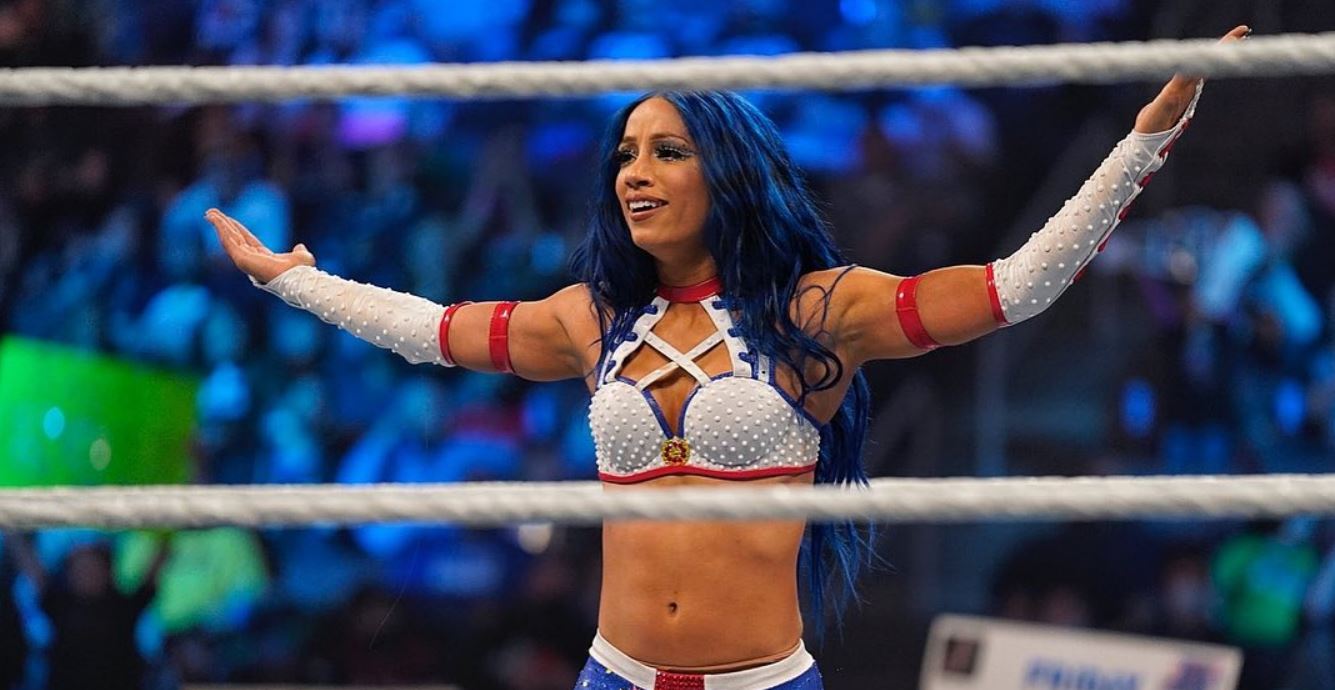 Sasha Banks Has Reportedly Been Released By WWE - Wrestling Inc.

Sasha Banks has been released by WWE, according to Wrestling Inc.'s own Raj Giri. It's unknown at this point if Banks requested the release.

@SeanRossSapp
I spoke with Raj this afternoon and asked WWE about this. As of this evening, they said they hadn't heard that, and talent relations didn't seem to know. Not saying that it didn't or isn't happening, but this is what I've heard so far when I asked. Raj has good sources https://t.co/cnBADkuFyg

I’ll only believe this when I see it reported by John Pollock.

Why is he telling ppl he Spoke to Raj? I have read this 5x and can’t figure out what the intent is in announcing he spoke with Raj.

Also if you are not saying that it didn’t or isn’t happening but are saying you don’t know it is happening, what are you saying?

i fully endorse what @RedRaider07 said above

SRS is doing that in context of the MJF thing.

He took a perceived attack from Bryan online about that where Bryan said basically the plane ticket stuff was false. I think he’s kind of doing the same thing here - trying to show his followers that he too looks into what others report carefully as was done to him

Isn’t the plane ticket the most easily produced piece of reporting in the history of reporting? If he actually saw it he should be able to prove that. Unless he’s taking a reputational hit for his source (coughCodycough)

BTW - the practice of citing other reporters as a source is a really really toxic practice in modern reporting. It’s fine to attribute news to a source (as reported by) but if you haven’t verified it yourself, you are literally attaching yourself to somebody else credibility and source verification (which in today’s reporting usually means anonymous sources). Just something for any aspiring journalists or reporters out there of which I’ve head people mention that in the past.

Very true. Totally agree the plane ticket was damaging to him - he was confronted online about it and produced nothing of substance. He may have protecting his sources but it did hurt.

Your comments re: sources is great for anyone in the industry

@Alex_Patel you probably are keenly aware of this when it comes to disinformation or just changing information when it comes to the Pandemic. It actually feels like during that time when there was so little knowns that this practice became normalized. I get scared because while it’s relatively harmless in Wrestling Media, there are some papers I’ve read on how after a certain (short) period of time the conditioning of folks is to accept things as fact because it’s repeated enough and when pressed, even journalists cannot recall where they first heard it and it’s actually just another reporter (who are often times doing editorial or opinion and it is not obvious to the consumer)

I’ll give you a real life example from yesterday. There’s a certain ICU doc who is quite famous in US who said that if you give vitamin C to patients with serious infection - sepsis as we call it – they will all survive. He said he’s never seen anyone die from sepsis with vitamin C. He never published this or showed hard results - just what he said he saw.

A lot of people started embracing this practice worldwide. I never personally did it, but I have heard of lots of people giving high-dose vitamin C based solely on the word of this individual.

Just yesterday they released a large study in the New England Journal of Medicine. Not only did vitamin C not help, it actually hurt these people and lead to increased death.

So in this case, following something blindly has actually lead to death.

Totally agree with what you say. Everyone needs to be more cautious with what you consider to be news. Just because one guy says something doesn’t mean that everyone should use that guy’s opinion as fact. You need to independently verify things, as I’m sure John etc all do.

What was the story with the plane ticket?

Wasn’t it from a WWE source who had nothing to do with AEW and that’s why he thought it was legit. Like why would this person know about it unless it was real.

I don’t know, but Bryan and Dave basically took him to task and said they looked into it and actually had someone search the flight registers and no ticket was purchased

which basically means either he was lying, or he got worked. I suspect he got worked, and it didn’t do wonders for his credibility clearly. I’m sure he’s not thrilled with Bryan after that

It’s looking now like she hasnt been released, but rather her lawyers are negotiating her release. 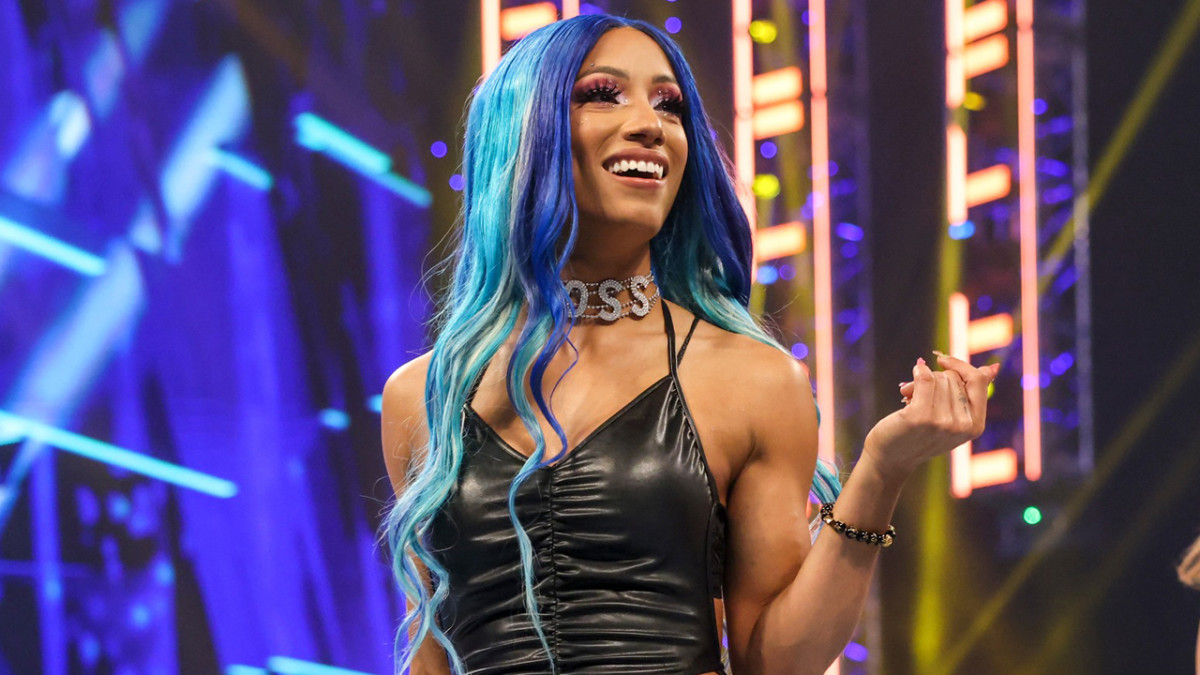 Rumors continue to swirl around the future for the WWE women's star.

At the time of her leaving TV, she had just over two months left on her contract.

Lawyers are likely working through preventing from WWE trying to extend that because of her absence, and even getting the deal terminated earlier if they can.

I hope Naomi can get out of hers too.

Anything to take the attention off of his dicking around. I don’t like it.

You have that flipped. Naomi was in the middle of negotiating a new contract, Sasha had years left on her contract. Considering Naomi’s family is the centerpiece of the promotion, I highly doubt she wants to leave. My guess is they just put her in the bloodline over on SD where they are really lacking heels.

Here is the quote from the article I posted:

Neither woman has released any kind of statement publicly. It was reported that Naomi was negotiating for a new contract at the time of the walkout while Banks’ deal reportedly has a lengthy amount of time remaining.

Ah okay! Thanks! I should have read more carefully earlier.

Fingers crossed for a speedy and painless release. If I never hear Michael Cole scream “it’s boss time”,‘it’ll be too soon.