Some of the first websites you visited online

I vaguely remember going to my dad’s place of work in 97 and checking out the Nintendo website. His work had an “intranet” with limited access to websites.

In 99 my friend created a fan site for the Rock. It was just pictures downloaded from WWF.com. I think he made it with the site Angelfire or Homestead. There was a midi song in the background.

Bonus: I remember being on MySpace in 2005 and seeing the profile of Benji Madden from Good Charlotte. It blew my mind that I could interact with a “celebrity.”

I really cannot remember well, I mean AOL for email and in like 98 my friends and All had our own websites using either Geocities or Angelfire.

A Geocities website on Alyssa Milano, one of my favourite actresses.

Nintendo and I can remember everything quite vividly.

Does anyone remember the WWF sites for talent? The Rocks was a hotel called The Smackdown Hotel and has all different catch phrases built in for clicks. It is one of the first ones I remember.

In elementary school I remember our computer lab having access to an internet - but I remember going online maybe once or twice as a group, and only being able to go to like one website? I specifically remember a camera view of somewhere in the world. I thought it was a major city (looking online now, I see San Francisco has had this since 1994… so maybe it was that.)

In 96, I would go to my library which had access to the Ottawa FreeNet - which was text based, and I believe had access to the rec.sport.pro-wrestling page. It must have been January / February, since I remember specifically reading spoilers for RAW heading into Mania 12.

Summer 96, I remember a kiosk at Loblaws that allowed for pay-per-usage internet use. I can totally remember paying the $2 or $4 for 15 minutes and searching Alta Vista for “professional wrestling”.

In September of 1997 I started high school, and recall my library having proper internet. I spent so many lunch hours on the net reading mostly wrestling related stuff. Specifically prowrestling.com (run by Sushi X), and the “Sharpshooter News Letter”.

Then on a weird side-track that dominated most of my free time in 97/98, I discovered via ProWrestling.com their free 1-800 “'hotline”. Which was actually just a hacked voice mail box greeting on a system called SkyTel. This lead me to discovering dozens and dozens of other wrestling “hotlines” illegally operating on the network. Which then lead me to start hacking my own voice mail boxes on the SkyTel Network, and starting my own hotlines (and just hacking hundreds of voice mail boxes to have as “back-ups”… And then got my friends doing the same. And then all of this also got me the backdoor 800 line to call into the WCW Hotline and listen to that for free too.

My first real internet experience (other than my brother showing me how he sent emails on a C64 via Compuserve) was in '96 via a ‘NetStation’ set-top box connected to our family TV, with a wireless mouse and keyboard: 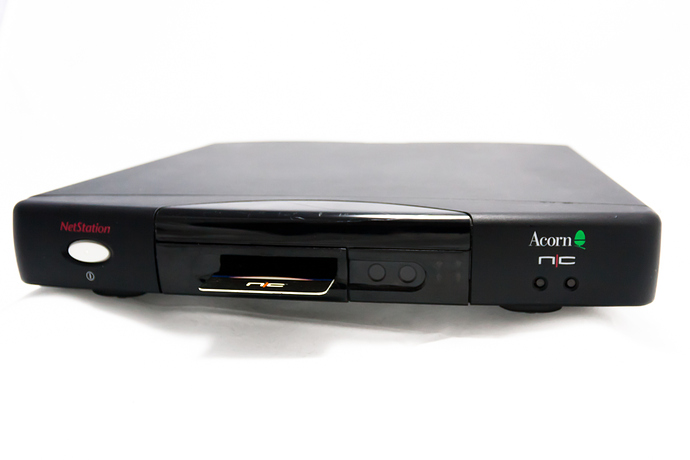 In retrospect these things were really ahead of their time. Turned your TV into a Smart TV before they even existed.

Just typing in web addresses hoping you find something interesting was common back then. I vividly remember going to suckit.com expecting a DX fan site and finding something very NSFW instead…

I think my family got a home computer and the internet (although crazy enough not AOL) around 95 or 96. I honestly used it pretty sparingly until my friends started using AIM and we chatted online which wasn’t until 99 or so.

I do remember I would play online poker and blackjack and some online arcade games.

I remember reading the wrestling updates on the TSN site…

The first website that I ever found wrestling news and rumors on was a site called Rajah’s WWF Wrestling News and Rumors. This was probably late 1999 or early 2000. I remember being shocked finding out Smackdown spoilers were available online as a 10 year old. I soon discovered Scott Keith’s rants after.

I remember visiting Aerosmith.com on one of the first days we had 56K and it took 1 hour to load the landing page cause it was all images.

I used it mainly to surf (remember altavista.com) and for online gaming (Quake or doom). A lot of geocities and angelfire back then.

PostWrestling.com I finally didn’t think this interwebs thing was a fad and jumped on! is there really any other websites out there anyways?

I remember using the internet in 96/97. My friend and I looked up Pam’s pictures from her “cinema classic” Barb Wire.

I remember using Altavista as my default search engine until google came along.
Altavista was great!