I’m starting this thread basically because I wanna hear from people on this forum about what they love about 80s wrestling what promotion you liked, what memories/stories people have from back in the day, It would be awesome to see if anyone has any memorabilia you might like to share.

There is some much great content to go back and watch on the network I would hate any of it to be forgotten. My preference is WCCW i absolutely love going back to watch old episodes of World Class it still holds up today those Von Erich boys were absolute rockstars. The Fabulous Freebirds came onto the scene way before their time. The Dallas sportatorium holds a very special place in my wrestling fandom.

Also there is a brand new 80’s phone in wrestling podcast that just started 3 weeks ago. 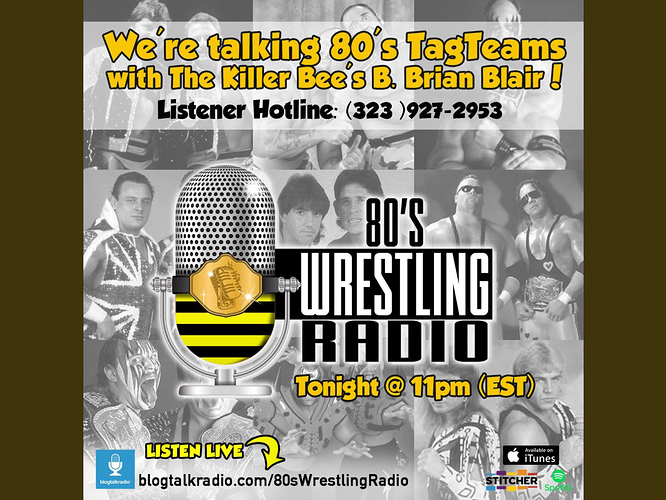 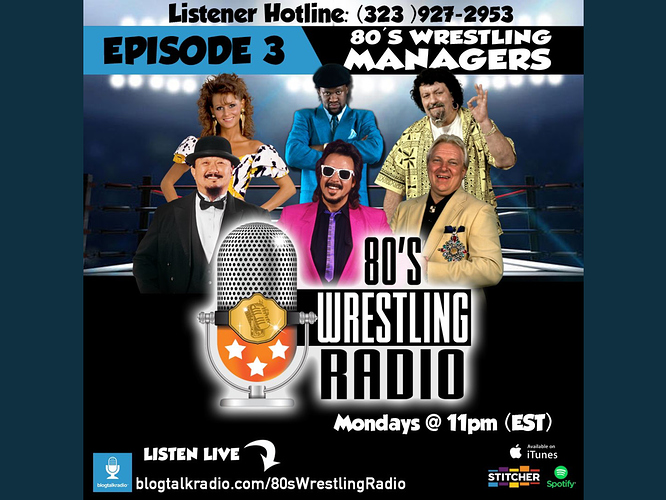 Travelling way back in time tonight to watch this legendary classic. 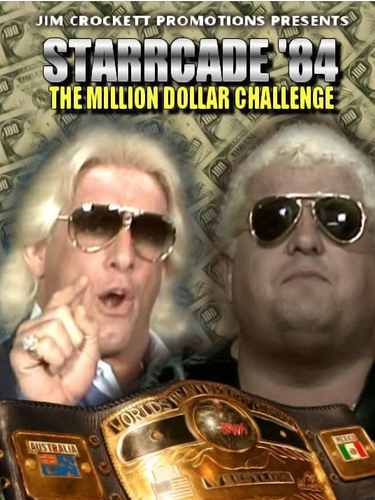 I grew up on Saturday afternoon’s of Stampede Wrestling and WWF. Checked the TV schedule every week in the newspaper to see if there would be a Saturday Nights Main Event that weekend. And of course I rented videos regularly. My cousins got me into wrestling and I think the first match I saw was a Killer Bees match; but my first real memory was Mr. Wonderful turning on Hogan when they started their program in ‘86.

I wasn’t born in the '80s and didn’t start watching wrestling until 1995, but through old VHS tapes, Youtube Videos, and the Network have gotten a chance to relive some of the era (mostly '88 and '89).

One of my favorite storylines of all time (the MegaPowers exploding) happened during the '80s. The slow burn build to that match was awesome. I loved the subtle clues and foreshadowing of Savage’s heel turn.

I also loved the huge tag team match they did at Survivor Series 1988. That was a really unique bout.

The NWA and AWA at this time seemed boring and behind the times to me. WWF was ahead of them in production and presentation by at least 5 years.

As a kid in the Chicago market I had WWF Superstars of Wrestling and Wrestling Challenge, along with WCCW broadcast on local channel on Saturday mornings. I loved watching WCCW. To this day when I hear “Bad to the Bone”, I think of Gino Hernandez and Chris Adams.

When I would spend time in Virginia I got my fill of NWA and Mid Atlantic. Magnum T.A. vs Nikita Koloff, Dusty Rhodes vs. Ric Flair, and my favorite, The Road Warriors vs The Midnight Express in the scaffold match at Starrcade Night of the Skywalkers. Watching it as a stand-alone on WWE network doesn’t due justice to the hype and build up to that match.

My favorite wrestling memory from the 80’s was watching Wrestlemania 3 on closed circuit tv at the Peoria Civic Center in a packed arena. You could feel the electricity in the air waiting for Hogan vs Andre, but the arena losing its mind cheering the near falls and the eventual pin during Steamboat vs Savage was incredible.

While I had a lot of fun watching sports entertainment in the late 90’s, if you didn’t get to watch pro wrestling in the 80’s you missed out. No internet to spoil storylines. Kayfabe was in full effect, No watching the same 2 wrestlers face each other week after week on tv. If you saw two big name wrestlers wresting in more than one match, you were either at the arena, watching a PPV, or it was a special event like SNME or Clash of the Champions.

In the 80s, WWF was the cartoon, NWA was Bonanza. 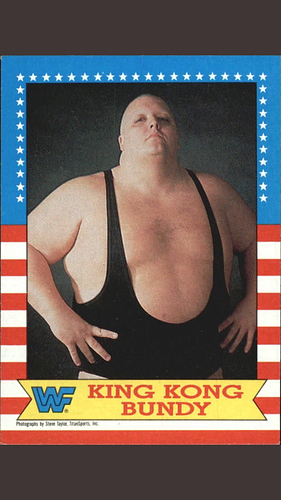 I grew on loads of 80’s WWF. When I was a child our family had the SilverVision (UK) videotapes so I was lucky in being able to watch multiple WrestleManias and Survivor Series’ to name a few. One of my favourite matches whilst growing up is the 5 tag teams vs. 5 tag teams from Survivor Series 88, such a great match.

My older brother was given Wrestlemania III as a birthday present when I was 3 years old. I was hooked after watching Hogan vs Andre. My mom used to use wrestling to keep me in one spot because my eyes would never leave the TV. She would also record SNME for me when it was on and it was like Christmas for me when she told me it was on. We lived in Vallejo, California back then and we also went to a GLOW show. I keep meaning to go through my parents pictures to see if I can find photos of that event. One memory that always stuck in my head was the angle on SNME when Honkytonk Man hit Macho Man with the guitar. Instantly went to that moment when the SNME DVD set came out.

I probably watch more wrestling from the 80s and early 90s then I do the current product. My favorite time and all of wrestling.

I started watching wrestling in the late 80’s and it was pretty much just WWE at this point because in Montreal, this was the only wrestling available on t.v at the time. We still got the AWA on TSN but i could tell even at a young age that they were on the tail end as none of the wrestlers look like superstars.

What i miss more about that era was the fact that it really was less of a TV product compare to today. The shows were pretty much just there to sell the live events so you would see jobber matches that made everybody look like a million bucks and then you would want to see them when they would come to your town. So when you saw Koko b. Ware wrestled a top superstar, you would think he had a chance to win because you saw him win on tv.

This is the type of wrestling i miss with today’s wrestling. Back then it was easy to build a feud because you barely saw superstars wrestled each other, so when the match happen either on PPV, saturday night’s main event or one of the VHS compilation , it was a big deal.

That’s another thing i miss about that period, being excited about a WWE compilation being release. Back then, when you wanted to see big matches, you would normally have to wait until the next coliseum video get release and you would memorize the release dates of those VHS so that you could run to the video store and rent it. This was nerve racking especially for big events like wrestlemania which you had to reserve at less a week in advance to get it on the day of release. Now we get everything so easily, it’s not as fun anymore.

Thanks to everyone that has taken time to contribute to this thread and for sharing your stories. I absolutely loved reading through all your memories from back in the day.

I just wondered if anyone managed to check out the NWA Crockett Cup and what your thoughts were on the show overall from last night?

Hypothetical question for you guys: The downfall of Jim Crockett Promotions has been fairly well documented over the years. A lot of common mistakes that sped up the death. If someone would’ve prevented some or all of those mistakes, would Vince McMahon still find a way to wipe them out?

For a short time as a kid we didn’t have cable… but we were able to get 3 channels.

Saturday afternoons is were my wrestling fandom grew. It started with a local studio show called All Star Wrestling, play by play was done by a young Mauro Ranallo. It was followed by Calgary’s Stampede Wrestling and finally WWF Superstars of Wrestling.

My mom would rent us all the old Coliseum home videos further fueling my interest in wrestling.

A few years later when we had cable, I remember staying up late to watch syndicated WWF and NWA shows. To be a kid again…

PS @Jonnieskull I remember having that King Kong Bundy card!

Hypothetical question for you guys: The downfall of Jim Crockett Promotions has been fairly well documented over the years. A lot of common mistakes that sped up the death. If someone would’ve prevented some or all of those mistakes, would Vince McMahon still find a way to wipe them out?

It’s impossible to say. I do think some version of JCP/NWA would have continued to stay on TBS even if someone went back in time and kept them from going bankrupt and Turner hadn’t bought them.

And if they managed to stay self-owned then after the AOL merger there is a chance they retain their ownership instead of being bought by WWF. But staying on TBS and trying to compete with WWF every week through the 90s probably would have driven JCP to bankruptcy anyway. WCW wasn’t profitable for years before 97-98 and only stayed afloat through Ted Turners good graces.