The guys fight their way through one of Dwayne Johnson’s biggest box-office bombs, Nate debuts a new segment called “A Moment With Sting”, and our doomed duo tackles the following topics:

The Rocky Maivia Picture Show is a monthly movie review podcast that drops every 3rd Saturday on POST Wrestling!

Listen to Nate on The Kings of Sport podcast:
https://podcasts.apple.com/us/podcast/the-kings-of-sport-podcast/id623158270

Discuss this show at the POST Wrestling Forum:
https://forum.postwrestling.com

I want to thank Nate Milton for having me on to chat about “Doom.” I wanted to say I was eager to defend it from all the negativity…but I could not, after the requisite rewatch. Still, it was very fun. Hope you all have as much fun listening.

Thanks for taking one for the team😛

I forgot to mention this at the end of the episode, but one book that covers id Software’s rise is the excellent “Masters of Doom: How Two Guys Created an Empire and Transformed Pop Culture” by David Kushner.

Doom and id were, on many levels, VERY big deals when it came to not only video games, but home computing. This book covers every step along the way toward that immortality.

My favorite bit of trivia from the book that doesn’t spoil anything about the story: id tried to convince Nintendo to let them do a port of Super Mario Bros. 3 for PC by making their own working version without any of Nintendo’s official assets. Nintendo politely declined.

Thanks for taking one for the team😛

We’re not out of the woods yet… 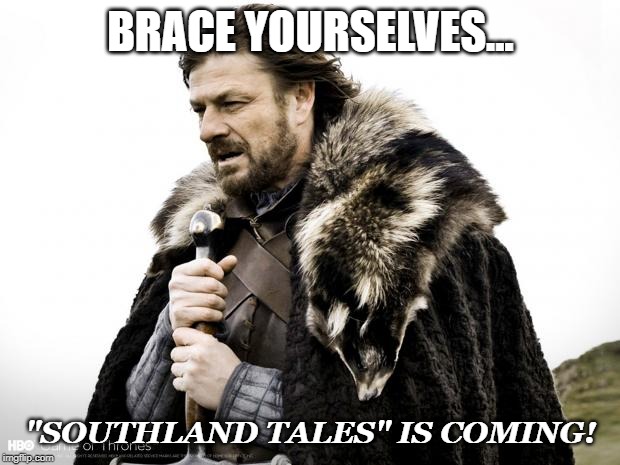 Thank you guys for tackling this movie so as to save me the trouble from seeing it. I am curious about Southland Tales and look forward to hearing if Brothers Nate and Mann persuade me to finally see it.

It’s a movie I like in theory but have only seen total about 4/5ths of.

I decided to bite the bullet and watch this before listen to TRMPS. While not the worst movie I have ever seen, (so far) I have to say they have done something you should never do.
DO NOT SPLIT THE PARTY!

The film is to dark, as in the need more light

real big nitpick now. They are Marines and twice now The Rock has called, make that 4 times now Soldiers. No Marine would ever call another Marine a Soldier.

Best part is when it became a FPS