This week’s show featured Cena appearing in the opening segment and leading to the main event match with AJ Styles and Cena earning a spot in the main event at Fastlane for the WWE title.

It would make sense that Cena would be returning to SmackDown next week, although on the WWE’s website they are only advertising Cena for next week’s Raw in Milwaukee.

On Monday night, Raw averaged approximately 3,160,000 viewers, which is down 110,000 viewers from the prior week on the USA Network.

Given this was Ronda Rousey’s first appearance on Raw, there was no Olympic competition, and the show followed the Elimination Chamber it would be viewed as a minor disappointment that the overall audience was down.

Even though the third hour experienced the drop, this was still the highest viewed third hour since the night after the Royal Rumble.

CORRECTION: We originally had this week’s SmackDown Live number listed as the show’s highest of 2018, but it was the second highest following the January 2nd episode.

Not directly related, but this is about WWE TV…

30 cuts in 35 seconds!? The camera work they do is so irritating. 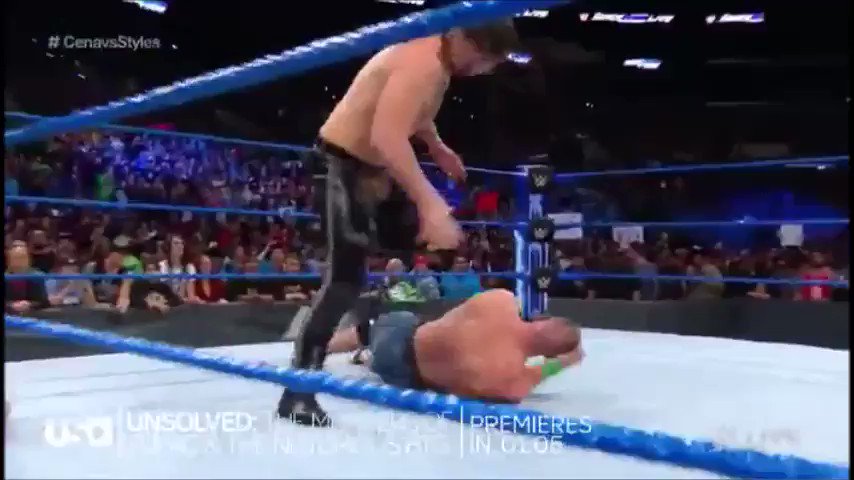 This clip from SmackDown lasts 34 seconds. I counted 32 camera cuts. I hate you, Kevin Dunn. https://t.co/4yyxqt35yG