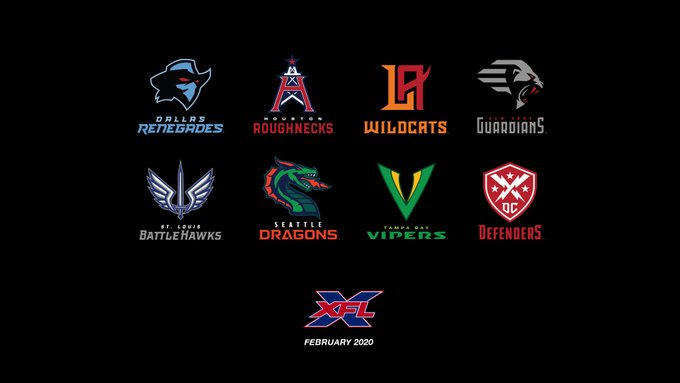 Can’t decide whether the BattleHawks or the Dragons are gonna be my team.

I think the Renegades logo is the best, they’re all pretty basic though. It would have been great if the St. Louis team was called the Vipers. They’d have the perfect mascot with Randy Orton.

The Guardians logo is sweet. Seattle team is so lame though.

I actually like most of the names and logos.

Except St Louis Battle Hawks. Wtf is that supposed to be?

Dallas is dope
LA is LAzy

I’m from St. Louis and I must say I’m not thrilled with the BattleHawks. All the names feel like they are “Any Given Sunday”-esque.

Hope they play like Any Given Sunday…football needs more crooked doctors and trainers and random eyeball on the field.

Hyped and sad Toronto didn’t get a team

The names aren’t as bad as i thought there were going to be. If Vipers was going to be a name they should have given it to the St. Louis team.

Seems kind of a collection of generic team names.

I’m just disappointed that the “L.A Extreme” didn’t come back to defend their title.