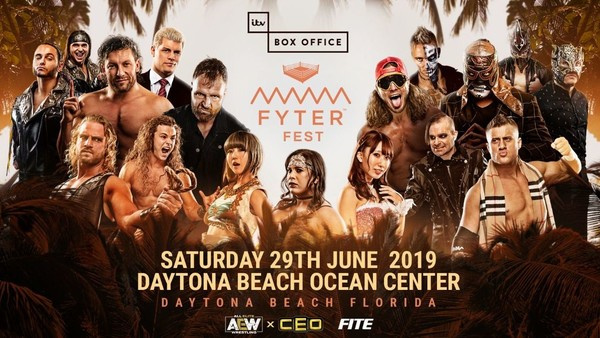 Looking forward to it. My first time seeing all except Cody, Kenny, Mox (and Daniels about a decade ago) in action, which I suppose makes me the target demographic. Probably won’t comment until tomorrow, as the chances that my nine-month-old lets me watch from beginning to end tonight are fairly slim (and if he does, I’m taking advantage and going to sleep!).

Sister is getting married today. Couldn’t convince her to move the date. Hope the show is half as good as Double or Nothing. The Janellla Moxley match should be fire. I’m curious how many risks Mox takes with the G1 on the horizon. I’ll post my running commentary if I’m coherent enough sometime between the hours of 2-6am

Moxley is the main event

I’m sure the main card will be really good, but the last two matches on the pre-show have been awful

The Librarian sure did silence the crowd. And not in a good way

This women’s triple threat is a damn train wreck. Blown spots everywhere. The preshow was horrid. Even Meltzer who loves them said the preshow was garbage. i seriously hope this gets better

Other than the Nakazawa match, I’ve been a fan of the matches.

MJF is the best heel going and I like 20 minute time limits maybe you can extend for the big matches on the card. Also sounds like the main event is gonna have a convoluted theme, Twitter and other message boards gonna have fun ripping it

Why did Darby Allin do that?

Why did Cody do that? Please don’t take unprotected chair shots

Darby has shown he can work big matches.

I haven’t seen Allin wrestle before, and was impressed by this match.

That may have been the greatest entrance ever. Eat my heart out Sandman!

Damn, that chair shot was hard to watch.

I’m not generally one of those guys, but this match is just spots for the sake of spots. Not for me.

And that Cody chairshot was so unnecessary and gross.

What a 6 man match

Are you kidding me? That was one of the greatest 6 man matches of all time.

The incredible street fighter tie in aside tons of cool spots and a clean ending. It was magic

I’ve never watched this… but I feel like I will after this so I can finally understand what JR means.