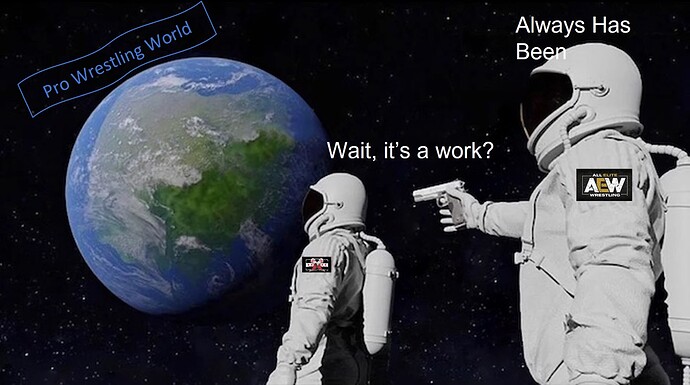 To clarify, I do not believe it was ALL a work, but rather a well calculated strategy by a bloodied, hungry, and injured CM Punk who decided going scortched earth would generate more buzz and bigger business than simply going back on the IR for the 2nd time as the guy who can’t stay healthy and keeps ruining AEW Title scene.

I’ll watch Wrestlekingdom for Omega and Osprey and possibly Sasha.

I would love to watch Wrestle Kingdom. I need to find out where it’s on in the UK

I think you need the NJPW World App.

I think thats the only way. They said Fite is not carrying it this year. At least here in the states

Nick Aldis is pretty good and while I’m not really interested in seeing him in AEW, I think he could have a decent role in WWE on either NXT or the main roster.

Aldis would be a great WWE performer. And a reunion with Cody and nod to the outside world of Wrestling history could help WWE with the critics. Would like him to appear in the Rumble to eliminate Mr Rhodes

Great shout! Always really liked him in Impact. Think he’d be better in WWE for sure

Aldis never getting a WWE run was always kinda baffling considering he’s seemed ready made for years. Especially since they spent so much of the late-10s pretty much hiring indiscriminately.

He seems like such a WWE guy. I don’t get it

So did EC3 and they didn’t use him either.