MJF seems to have dropped off the face of the earth. Weird considering he was the biggest thing a few weeks back. Without wanting to be be of those “everything’s a work” types, I really don’t buy that he can be on the outs with the company he has helped put on the map and would be mad to leave at this juncture…Is he injured or somesuch? …or is it now not as mad to think he could actually go to WWE now with HHH and Bruce (who has spoken out about being a huge fan of MJF’s) heading up TV and talent relations?…

Was just thinking about review a wai which you guys sadly mentioned could be on the chopping block before.

Maybe see what higher tier patreons think about this first, but instead of just giving each slot to a rotating upper tier patreon member each time, how about offering some slots to open tender on the forum and picking the suggestion you guys like the look of the most to make it less dreary for you having to sit through multi hour ppvs each time/mix things up because as you say the retro review ground is hardly untrodden these days?

You guys could specify for example “we want to cover a movie” or “an ECW from the late 90s” “a half hour episode of something non wrestling related” “an episode of a podcast” “a deep dive on the most interesting/most voted for wrestling personality” or somesuch. I’m sure the post community would have cool ideas for you guys to cherry pick from without being locked into one particular option. Might generate a bit more interaction/incentive for people to subscribe to patreon too. Winner could be offered the chance to guest on the episode as happens currently.

Just a thought as I love the show and would be gutted to see it dropped from the rotation.

What do the two of you envision the ceiling being of AEW. The consensus is that for the foreseeable future they would not be able to rival WWE atleast from a financial perspective, but what is there real limit? Do you see them being able to pass WWE in tv ratings or live attendance? Do you see a future where AEW can rival WWE financially? If so, what would have to take place to make this a reality?

I demand to know why this podcast is not a part of the post network of shows? How did you let this one get away?!? 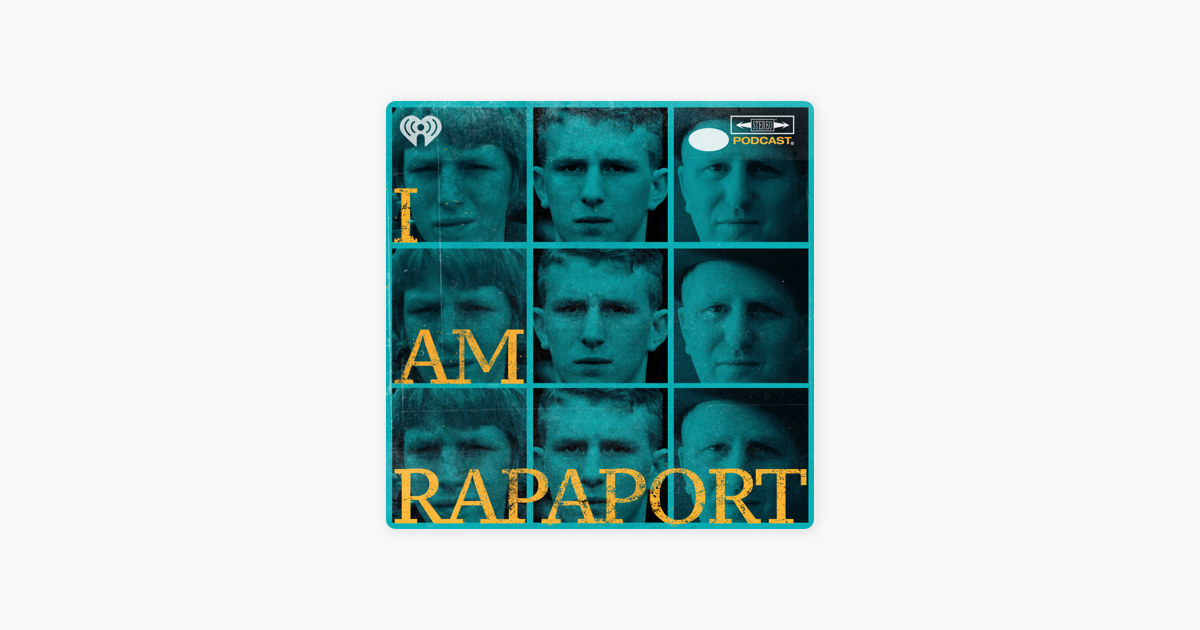 Sorry, another one. Was just looking at the news about NXT UK being merged into NXT Europe or somesuch. How much of this is likely to be Brexit related? To say the least, relations have been “frosty” between the Uk and Europe under successive conservative governments.

As a British teacher who has had the experience of moving a few times within the EU since brexit, I can tell you it’s a lot more of a pain in the ass to get settled somewhere and have access to services than it once was (mainly because we’ve been making it difficult for them to do the same and it doesn’t look like the new PM we get next month will be much less belligerent). I was wondering if this was what seemed to be affecting operations at NXT UK. Bojo had been talking about our new “Australian points based immigration system” which I believe the Uk now has to fast track preferred trades which are well paid which I suspect doesn’t involve professional wrestlers.

Has Brexit made an endeavour such as NXT UK, which used to be a very accessible jumping of point for European wrestlers with free movement of people and workers, now a much more unfeasible proposition thanks to brexit and Bojo’s Tory brigade? Do we know any more about where else in Europe they may be based going forward?

Just caught up with Dark side of the 90s - what a fascinating show! Have you guys had the chance to catch up on it yet? I’m not an MMA person at all but the 2 parter focussing on the UFC was really eye opening as a novice. Young Dana White blew my mind!

First, congratulations on the birth of your son Wai, and welcome back!

Second, I wanted to say a huge thank you to John. I recently had the opportunity to interview a fairly prominent sports journalist for my podcast about a new book he had written. It’s not something I’ve ever done before and I quickly realised my main point of reference for such an interview was John Pollock, and his many interviews with authors promoting their books. So I found myself looking towards John and his style as a guide for the interview - and as a result I think it went pretty well!

So, a big thank you to John, and as a question connected to this - what are some tips, or things you aim for in general, when interviewing someone for a book, as opposed to other interviews.

Lee from London here. Wai, congratulations to you and your wife on the birth of your son! I’ve got two young girls so welcome to the club.

Talking of being a father, I wanted to talk about Bluey. I heard John talk about this on a recent review of Raw. I couldn’t agree more John, Bluey is the greatest kids TV show of all time. It is utterly amazing - we get it on BBC and Disney+ over here. I would highly recommend it to anyone. I have three very quick Bluey related questions

Hi guys, hope you are both well. Congratulations on the new addition Wai, wishing you all good health and happiness!

Question for john - after watching some of the crowd reactions and feedback from clash at the castle, and the disappointment of the crowd with drew not winning- it made me wonder, has there ever been examples of wrestlers calling an audible in the ring based on crowd reactions?

Now that Dark Side of the Ring is taking a break, how interested are either of you on Vice’s new project with “Tales from the Territories”? From the looks of the trailers, it will be a roundtable-type of format for this show and I’m intrigued. And I was listening to Cornette’s podcast and he said he will showcase a lot of his Memphis wrestling archives on the show, which hasn’t been seen in a long time, will be featured. He also said there will be ten episodes featuring Memphis, AWA, Stampede, Championship Wrestling from Florida, Crockett Promotions, Mid-South, Portland, World Class, and Polynesian Pro Wrestling from Hawaii.

The new regime in the WWE are the same people that were around when Vince was in charge. It’s not like a sports team that fires all of the coaches and brings new coaches in. What does that say about Vince’s management that he had HHH working for him with all of these great ideas that we love and he implemented a small amount of them. Do you think Vince didn’t listen or those that report to him didn’t feel that they could speak up when they disagreed with a Vince idea?

Could you see a WrestleMania ending where Cody Rhodes, who won the Royal Rumble, beats Roman Reigns, holds up the titles, and is cashed in on by Austin Theory? This would be the modern “Dusty finish” and lead to the chase for Cody to win it back, regaining that passionate crowd that was following him after this year’s WM.

Hopefully you guys aren’t too over talking about this…

Tony has been given a lot of criticism for allowing Punk to berate EVPs, etc in the post-media scrum. Granted it should never have been able to get to this point but do you think if Tony tried to silence Punk it could have lead to an argument between the two on camera?
My guess is thats why he didn’t interrupt and was going to talk to Punk after the event.

I also recall hearing Tony was going to stop doing the post-media scrums some time ago but ended up keeping them. It it possible this entire incident may have been avoided by not having Punk do an interview right after the match?

Not only would his adrenaline have been high but he would have known he suffered another significant injury that I’m sure would have been infuriating after only just coming back. In addition, is there a chance the EVPs would have left if they they didn’t have to stay for their interviews and therefore, do you think this is the end of these AEW post-media scrums?

Personally I agree with Davie who said that Punk should have been on last, having a chance to shower and refresh.

Do you guys feel if CM Punk is fired from AEW that his legacy is forever ruined? I feel the all-time great moment of his return on Rampage last summer is would be tarnished, and him getting fired would also validate the WWE’s reasons for their side of the story as to why there was a falling out between Punk and WWE back in 2014

Congrats Wai on the birth of your son!!

Hey both. Been a member for a long time but until today very seldom checked the forum!

My question, i was listening back to your first cassette this week and what happened for you to start the post family. Do you think regardless of what actually happened do you both think that you would have eventually broke away by this point and still gone independent?

Keep up the great work, and congratulations to Wai!

Why is the atomic drop not considered a low blow/DQ?

Welcome back Wai, glad to hear everything went as smoothly as possible!

Was curious what both of your opinions were on why Matt Cross and AR Fox never made it bigger? Both had a lot of hype at the start of their career, and both were great in Lucha Underground, but neither have had the careers of some of their contemporaries. Just wondering if you had any insight, or failing that, any fun stories of either of them. Thanks.

Firstly, gotta give the obligatory congratulations to Daddy Ting for becoming a father. As a dad of 3 (5y, 3y, 2y), the most recent episode of Talk was my favorite one. A lot of what John was talking about hit close to me because of the similarities in ages and the timeline of experiences (my youngest still does not sleep through the night on some days). If every episode of Talk was you guys in a car driving around, talking about dad life, I’d be bought in.

Also, is there a fued that would’ve benefited from a War Games blow-off match, even if it didn’t even make it to Survivor Series? My brain immediately goes to The Nation vs DX in 1998 and Evolution vs The Rest of Raws Main Event in 2003.

Thanks for all of the amazing work you guys continue to do! Can’t stress enough how much I enjoy everything on the Post Wrestling Café!

If Triple H takes over WWE before AEW gets off the ground, does AEW ever even happen?

Or would we be seeing The Elite maybe just do 4-6 big shows a year with well known Indie talent?

Cheers guys and sorry if it’s a dumb question!

I just want to add, or do the elite make the jump to WWE with Hunter being in charge. The bucks clearly look up to Shawn, so I assume they may feel similar to Hunter.