At the greatest royal rumble.
Yay 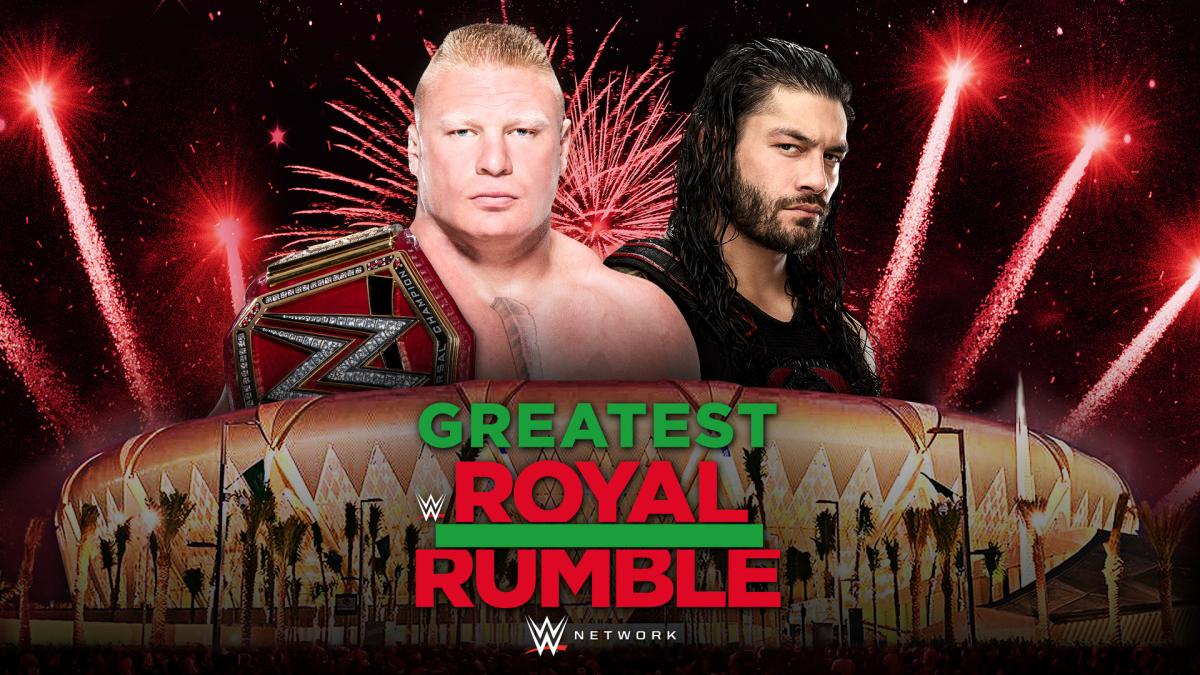 Brock Lesnar has re-signed with WWE and will face Roman Reigns in a Steel Cage Match at the Greatest Royal Rumble event this Friday.

The whole thing feels very weird. I almost feel like he just signed on for a couple months while he waits out his suspension. I’m still doubtful how long he’s with tge company. Or Dana White’s been helping Brock or Vince kayfabe this whole time.

Putting a fantasy booking hat on, hopefully Brock contacted USADA last month to start serving out the rest of his suspension. The contract would hopefully last until say Survivor series as his last match. The next day have the UFC announce he is back and his first match is the New Years card they do every year to build up buzz to that in which both companies can get something out of Brock.

This is in a perfect world that we don’t live in, but hey maybe Dana and Vince had a meeting about it during the weekend.

At this point, i wouldn’t be surprise if this whole Brock is going back to UFC was just a way to work the wrestling and MMA fans. What makes me say that is simply, that Dana is friend with Vince and Dana did owe Vince for letting Lesnar fight at UFC 200, so he probably just called in a favor and Dana agreed to play along with the plan.

As for the steel cage match, i think it’s a smart move since Reigns will get a way better Reaction in Saudi Arabia in front of a mostly casual fanbase then he got in from of a smart crowd which is what the mania crowd is now. So when reigns beats Lesnar for the title, he won’t get booed out of the building like he would have been at mania.

Did Brock get into the “altercation” with Vince and then re-sign with the WWE? Damn, Vince must be pretty badass at the age of 72.

Statisticians, how long does Brock have to go to pass CM Punks title holding streak?

Wikipedia says Brock is at 372 with the Universal Title and CM Punk was at 434 with whatever the World Title was called at the time. So, safely assuming Brock’s not dropping the strap on Raw, I think he’d have to get through whatever the June event is to top Punk.

I guess they had to leave the country for Roman to win and have his WrestleMania moment. Lol

Good to know. Thanks.

No need to watch that match now as 9 year old Ismail could walk out of the cage as Universal Champion.

2 million subscribers when we knew this was the main event for Mania… the numbers ain’t lying.

Brock is Vince’s boy, but Reigns takes that beating and gets an automatic re-match for the title for reasons.

If Roman beats Brock for the title, then what do you do with Brock? I for one would say it would be time for guys like Stroman and Joe to get their wins back. Would just be nice to see him put a few guys over instead of just Roman before he goes back to UFC.

I think this is where we get the title change, I think that they want to make this show seem a very big deal. Not some run of the mill House Show.

Also it appears that Sky Box Office are carrying the show over in The U.K.

Shit Brock is going to take the rest of spring and the summer off to train for international fight week.

Give me Reigns vs Joe after this and I’m fine.

He still has 6 or 7 months left on his suspension, so even if he resumed it back in march, he would not be able to fight until Sept or October in which you are then looking at a November MSG card or New Years show.

Who the hell is going to watch this at noon on a Friday?

There’s also a little movie coming out that day I’ve seen some trailers for;)

what person stays up til 6 to watch japan?