The wrestling podcast Patreon market has become really competitive, and it seems you need a dedicated cult following to compete. Not sure Agnew or Mouth has that.

Dont like the idea of them saying if you want to listen today you have to pay. feels like being held up

New update according to Agnew, starting with Summerslam the podcast won’t be made available for free for 48 hours after the show.

What new listener is going to subscribe to a wrestling podcast released on Wednesdays (or late Tuesdays) that was recorded before that week’s Raw and Smackdown? Might squeeze a few extra dollars out of your existing fans, but that doesn’t sound like a great plan to hook any new listeners.

No point subscribing anymore.Plenty more review shows i can listen too on Mondays,plus 83 weeks.

I’m a subscriber and disappointed with this change. I always have connectivity issues with Patreon at work and so I listen to the podcast via google play music. I’ll keep paying as long as I listen, but if it becomes too much of a hassle to listen then I’ll stop donating.

I’m not looking to argue any particular point here but I will say that I think Jason’s “Less than the cost of a cup of coffee”, is actually a reference to a TV ad he did up here for the Tim Horton’s coffee chain.

The ad ran all spring and it’s his most prominent commercial work I’ve seen him in, so I think he was just referencing that. 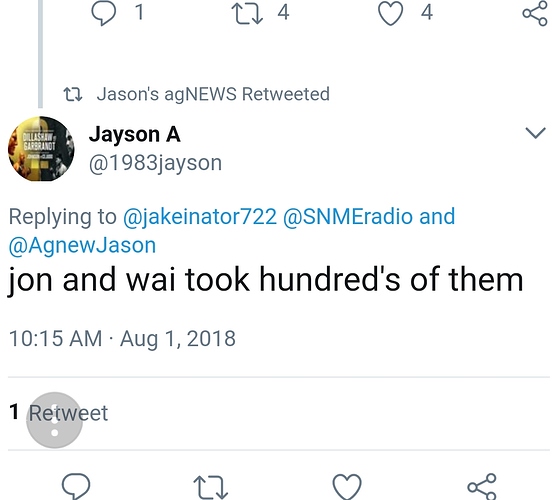 What about the commercial of SNME not being a “post” show?

What about the commercial of SNME not being a “post” show?

Fits in with his sarcasm and tone of his ads… Im. Ot saying its malicious, just sarcastic.

I use to be a fan of Agnew and mouth but most week, his new project is kinda skipable most week. I get that He’s trying to bring back the law with this new project, but what made the law such a good show was that you had three guys with completely different personalities that would discuss what was happening during the week. Now most week It’s just Agnew talking about stuff and even when mouth show up, It’s not the same thing at it once was. No matter how much he tries to created a new show with new idea, it will always be compared to the old show. So with all the podcast that use patreon to make extra money, he probably the last one that I would give money to because unlike the other podcast, It’s pretty much a radio show that’s getting transfer into a podcast. So for now, when I will have the money, I would rather support John and wait who are trying to do something new and interesting, then agnew

I’d sooner subscribe to Agnew and Braden do NXT.

I think one of the biggest reasons I still listen is b/c of the Meltzer segment, so I should seriously consider just subscribing to his content. I find the trivia to be way too hard so I have no desire to subscribe at the level that lets me compete at that since I have a huge gap in my wrestling knowledge from 2001-2012 and anything before 1988.

Is it the same format as the old show?

I’m generally not a fan of any sports/whatever wrestling is that only have one host. The energy level is so low.

I assumed there was some sort of friction because I haven’t seen much enthusiastic (or otherwise) cross-promotion between POST & SNME. I never once considered subscribing to Agnew’s Patreon project. He just used to strike me as condescending and rude even when he didn’t need to be (ie. on WhatsNXT when there was no radio/caller aspect). Also found it curious how little Braden has referenced Jason since coming over and now he’s moved. Couldn’t fathom paying that guy for his content. Love what’s going on over here though. John and Wai have been incredible throughout this summer. Proud to be a Day 1 ish patron (Hour 1 really but who’s counting?)

Theres an explanation for the “competing” shows that doesnt require beef to exist.

John and Wai responded to the Anthem Incident by pushing through, Agnew took some time off to get his shit straight. Both perfectly understandable responses to a traumatic event.

When Agnew returned from his hiatus, John and Wai had already set up something that didnt fit with Agnew’s vision of continuing “his” Sunday night show, so he did his own thing.

There you go - two shows, no beef required

Wai responded to someone who had been trying to get them to comment about Jason Agnew and Wai wrote him back and said he apologized for not responding to his question on their monthly Q&A’s but they weren’t comfortable talking about that subject at this time so there is obviously something there between the 3 of them and I’m sure when Wai and John are comfortable talking about it, they will

Did the last few posts forget about this?

I honestly don’t really care if there is any beef between them. I pay to support content I listen to in order to keep it going. 90% of what I listen to on this site is free content, but I still sub because I don’t want it to go away.

The WON subscription is totally worth it. I almost only listen to POST and WON/F4W shows now.

Along with odd Jericho, E&C or Austin podcast with the right guest this is the same for me,

The newsletter is always a great read and Dave puts a lot of effort into it.

Maybe its all a big angle… 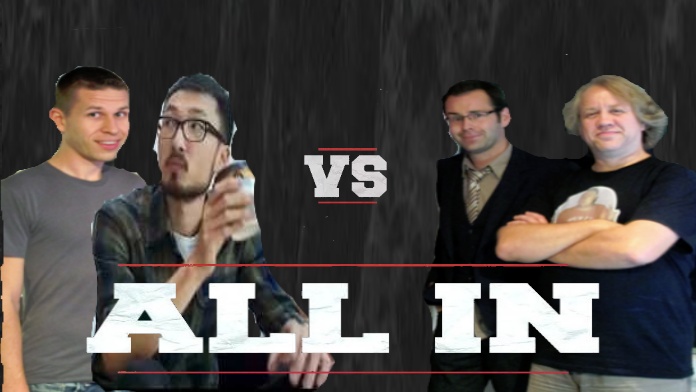