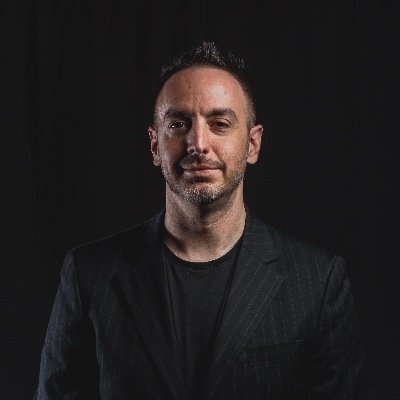 On tonight's episode of NWA Powerr airing on November 19th 2019, one of our talents made comments which some viewers found offensive. We deeply regret the error and apologize. We have temporarily taken the program down while we correct this error.

“Trevor Murdoc is the only person I know who can strap a bucket of fried chicken on his back and ride across Ethiopia Jim Cornette tonight lol 🤦🏻‍♂️🤷🏻‍♂️ #nwapowerrr https://t.co/2SnJnb1cPD”

since your tagging them, make sure you include this as well. this who he really is. pic.twitter.com/5BDRn0Eo1e
POSTmaster November 20, 2019, 2:10am #2

Was just looking for the episode.

Cornette needs to go get his head checked out.

Can we be done with this guy?

Stupid comment by Cornette. But whoever is doing quality control for NWA also needs some blame. This was recorded weeks ago and should have been edited out. It’s a shame because I really enjoy the show but that should not have been in the program

That’s odd I just watched the episode in full about an hour ago.

It was probably reuploaded and edited. This occurred a few hours ago.

No the line in question was still their un-edited, but i started around 4 hours ago (10am local time).

Cornette is a stupid Idiot.

And? Social norms have shifted and there is more feedback on stuff these days. I’m sure comments like that over the years have driven away plenty of fans.

I’ve tweeted @ Court Bauer and Billy Corrigan numerous times (not like I think it does matters or that they even read it) but just asking how they can justify employing this guy and giving him a platform after dozens of things he says that if it was any other industry the guy would be fired already.

I place all blame squarely on NWA and MLW leadership for thinking that because he had a legacy in the business and because he has a following that employing him is somewhat okay. Seriously, imagine any news anchor or sports announcer doing this and the backlash from Woke/Pc culture. I’m not even somebody who necessarily agrees with that culture of getting offended over everything but I do not like the double standard we seem to give Wrestling companies for basically pretending we live in yesteryear. Times changed and this kinda shit is what makes mainstream view wrestling as low-brow and distasteful. Which is a shame because as far as the business has come and evolved two companies still think this kind of stuff should be permitted.

And don’t @ me with the bullshit that Jim is his own person and they do not endorse what he says on his own time. He shows hatred and bigotry pretty regularly and now it has happened on an episode of one of the shows. Not the first time, not the last time. But watch, he’ll keep his roles with both companies.

I guess he showed everyone how to really kill professional wrestling. It wasn’t comedy spots that got a show pulled off YouTube, but Cornette and his mouth…
I think I’ll watch joey Ryan dick flip a bunch of guys

To be fair he’s not a bigot or racist. His routinely has anti Trump stances and is very pro Obama and democratic.

Jerry Lawler is far more bigoted and racist and he’s been allowed a platform for years.

There doesn’t need to be a debate about whether a person is or isn’t racist to know how fundamentally stupid a decision it was to make such a comment and let it air.

Jim Cornette resigns from National Wrestling Alliance Statment from the @NWA - https://t.co/BmtARaXQUe
1 Like
next page →