Luke Harper and Sin Cara granted their releases from WWE

WWE has announced that Luke Harper (Jon Huber) and Sin Cara (Jorge Arias) have been granted releases from the company.

A short statement was released by the company on Sunday afternoon to announce the news:

WWE has come to terms on the releases of Jonathan Huber (Luke Harper) and Sin Cara. WWE wishes them all the best in their future endeavors.

Arias, 42, was signed by WWE in 2009 and assigned to Florida Championship Wrestling where he wrestled as Hunico. He was brought up to the main roster as a fake version of Sin Cara to feud with the original, Luis Urive. The program culminated in Arias being unmasked and reverting to the persona of Hunico on the main roster. He later teamed with Camacho, who now wrestled as Tanga Loa in New Japan.

When Urive left WWE, Arias assumed the role of Sin Cara and wrestled under the mask for the duration of his tenure with the company.

After a minor program with Andrade and Zelina Vega that appeared to have wrapped up, Sin Cara requested his release publicly last month.

Arias revealed the news of his release earlier in the day:

As of today I have been granted my release from WWE.
Thank you WWE Universe it has been an amazing adventure. 🙏🏼 pic.twitter.com/JLUJoJPBmR

Huber, 39, signed with WWE in 2012 and worked in FCW (later NXT) before his call up in the summer of 2013 as a member of The Wyatt Family. The faction was formed in NXT with Harper paired with Bray Wyatt and Erick Rowan and created an instant buzz after their unique vignettes were produced.

The Wyatts went through several breakups and reunions, specifically Harper and Rowan over the years. Their recent pairing came after months of Harper not being utilized after requesting his release this past April. Harper and Rowan were split up against after the draft in October with Rowan moved to Raw and Harper on SmackDown. Harper’s last on-screen appearance occurred at Crown Jewel where he was part of a 20-man battle royal.

Very happy for both of them.
WWE missed the boat with Harper.

Disappointed that Harper never got the run I wanted to see in WWE. Derailed too many times due to injuries (his, Wyatt’s and Rowan’s) and the trigger never got pulled in earnest. Lost opportunity IMO. But excited to actually get to see him wrestle whenever he turns up elsewhere.

The true leader of the Dark Order…

Granted I’m probably thinking too much into this but why now?

I’m guessing they realise that they have too many wrestlers.

I had read a few weeks back that they were going to start releasing talents that had been disgruntled and requested releases.

Now the Ascension has been released as well

Is this Black Sunday?

I think it is better for WWE to let people go. It is bad press when they sit on people, it will keep the locker room happier. I mean none of these releases are people that a ton of people are going to see signed elsewhere and lose their minds. I mean Harper is probably the biggest name and people want to see him used better but if he shows up in AEW is anyone really going to be super excited?

Probably a big relief for alot of talent. On one hand it must be nice to get paid and not have to do much for it. But on the other hand it must suck to have to travel so much and just sit around back.

Would love to see Harper/Lee kick about in Japan for a bit. Think he’d make a nice fit with MLW, too.

A lot of people said that Harper wasn’t used probably. If he did sign AEW, it will depend on how they push him.

If he does appear in AEW, I don’t want the commentators saying that he’s free like they did with Moxley.

I also wonder if Oney Lorcon may have caught rumblings about these releases and got cold feet.

Also remember there will be no compete clauses

I’m sure it’s not their intent, but I like the idea of WWE practically daring AEW to sign/use all of these guys. Other than Luke Harper, we’re talking about some of the deadest of the dead wood on the roster.

There is no way AEW are going to sign Sin Cara or the Ascension. I would expect Harper, sometime next year though.

Not everyone can get a push. It might be a big wake up call for wrestlers that think they can leave WWE and just join AEW and it’ll all go well. Would also be a headache for AEW to keep all of them happy. Shawn Spears has pretty much become irrelevant now as well after it looked like he’d get a big push.

I do hope AEW sign Harper though as he is a lot more talented than some of the wrestlers they’re featuring.

Hardcore people said that I don’t think more casual fans did. And he could be good, but his signing wouldn’t be a Moxley leave wow or even Hager. Harper was largely a nobody in WWE.

About damn time. If locker room morale is as bad as we’ve been lead to believe (Saudi plane delays, not working for months on end, extending contracts, etc.) Then keeping people who are unhappy and want out would only make it worse 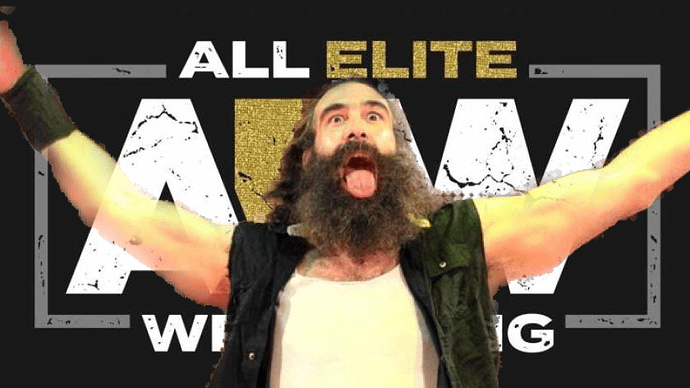 This is key. Unhappy people are almost definitely neither “locker room guys” nor key pieces to your booking plans. Cut them loose and use their salary to sign/keep the people you actually want on your shows.

And if WWE is afraid that certain unhappy talents will draw money and eyeballs elsewhere, why aren’t they using those talents themselves? This isn’t football where you can only play one quarterback at a time. If somebody belongs on TV, there are seven hours a week (not even counting PPVs or the C-shows) to “fit them in” for 10 minutes.

I will never pretend to understand the financial side of a company as large as WWE, but I feel like we can all get on board with “put people who might draw money on TV” and “if you aren’t using somebody and they give you the chance to stop paying them, take it.”

I mean, if they want to pay me to do nothing, I’d be down for that…