On the March 10th episode of WWE Backstage on FS1, it was revealed during the ‘Satin Sheet’ portion of the show that former New England Patriots Tight End and 3-time Super Bowl Champion Rob Gronkowski and WWE were close to coming to terms on a deal to bring Gronk into the company. Ryan Satin added that Gronk’s first appearance could occur on the 3/20 episode of Friday Night SmackDown in New Orleans.

The Wrap followed up on that report and confirmed that Rob Gronkowski has officially signed with the sports-entertainment company and his first appearance will be on next week’s SmackDown on FOX. This past October, Gronk joined FOX Sports as an analyst for the NFL.

Rob Gronkowski’s first appearance for WWE occurred at WrestleMania 33 when he assisted Mojo Rawley in winning the Andre The Giant Memorial Battle Royal. Gronk also appeared on an episode of SmackDown and tossed a drink onto Jinder Mahal. Over the past several years, both Gronk and Mojo Rawley have spoken about him possibly being a part of the WWE in a plethora of interviews.

In early 2019, Gronkowski decided to step away from football and one year later, almost to the day of his official retirement, he’s beginning a new venture in his career in the form of pro wrestling.

What the hell is wrong with the wwe at the moment. They have a massive roster. They send Ricochet to Main Event. The closest thing they have to a storyline recently was a giant spider in a cage.

And now they sign Gronkowski after the giant success they have had with Mojo Rawley.

He’s doing WWE and the Masked Singer at the same time !

Mojo Rawley is about to have the biggest push of his career. He’s probably been badgering Gronk everyday for this.

These are the type of things that are turning me off from WWE. Not because they made this signing, but because they’re at the point where it’s probably a smart business move. WWE spent the last decade or so assembling possibly the deepest and most talented full-time roster in the history of the business, then put themselves in a position where that fact is pretty much irrelevant.

It’s like the New York Yankees spending all of that money to put together one of the best baseball teams of all-time, then getting told they’re now the cast of Saturday Night Live instead of a baseball team.

Fuck it, maybe he’ll be great. I haven’t watched SD in months but I’ll certainly watch his debut.

I get what they’re trying to do here but imagine being one of the dozens of talents rotting on NXT and seeing this guy will be on Smackdown soon. Must really inspire you to slog through drills at the PC or make that Florida loop in front of 150 people.

I mean that is true for a ton of people though. Ricochet jumped past long time NXT people, so did Rousey. I am more worried that he won’t be any good and it will be a long term disservice to him to rush him onto the main roster vs putting him in the PC then in NXT.

He already has his gimmick. 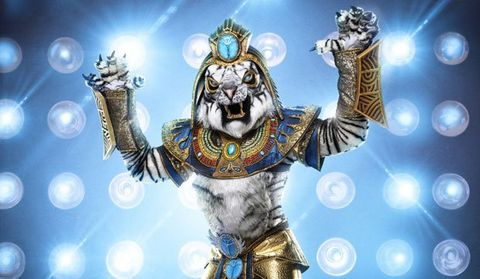 But at least Ricochet and Rousey had a wrestling or combat sports background. This guy is a football player with zero fighting experience.

I’m a huge Gronk fan but i don’t really want to see him do matches. His body was destroyed when he retired from the NFL.

He had the work ethic and was athletic enough to be one of the star players in the national football league. Can we at least wait until he debuts before doubting the guy ? Lol

I ain’t hyped for this shit

The guy’s body is ravaged by injuries and concussions and he’s had zero wrestling training. This will not end well.

This guy is a football player with zero fighting experience.

So was The Rock at one time. And Austin. And Bradshaw. And Reigns. And Goldberg.

A lot of the greatest pro-wrestlers started out as failed NCAA/NFL athletes. The fact that Gronk is an incredible athlete should only help him.

If he and WWE are serious about this then he will be in the PC for a year before we even see him on TV and it could work out. But more than likely he’ll be on Raw immediately as a big PR guy and be seen as a failure pretty quickly.

So was The Rock at one time. And Austin. And Bradshaw. And Reigns. And Goldberg.

None of those are comparable. They all spent years learning how to wrestle - even Goldberg spent some time in the power plant. And none of those guys had football careers as long and damaging as Gronk.

Just look at how they handled Cain Velasquez. This will be no different

Well, that lasted long. He got traded to Tampa, and is gonna play another season. Great get by the WWE there…