Thought we could use a thread to just be an ongoing discussion of New Japan.

I just got into it this summer after catching some of the AXS specials and am very excited for my first Wrestle Kingdom where I actually know the wrestlers and stories coming into it. I was pumped to hear John and Wai are going to do a primer and review of WK12.

The entire card is stacked but I’m most looking forward to Cody vs Kota, the Jr Heavyweight 4 way, Jericho vs Omega, and of course for Naito to hopefully take down Okada.

The amount of content you get on NJ World is insane! I’ll be joining again in Jan to catch Wrestle Kingdom and New Years Dash and have a blast through the list again.

Much like you @TheGenius this is my first WrestleKingdom where I’m going in with actual first hand knowledge of the wrestlers and the ongoing story lines… and I’m very excited about it. I’ve even arranged with my regular crew of friends that generally just watch WWE (and sometimes UFC) shows to get together and watch it in a big group as there’s more than just me that have been delving into the Japanese stuff and the others are getting curious, especially with Cody and Jericho on the card.

I might be doing the same with my group of friends, just waiting until Friday to watch. Couldn’t convince anyone to join me at 2:30 AM on a Thursday!

We’re either doing it the evening of, after the show’s finished or the Saturday so we can get squiffy and no one’s worrying about work the next day.

Holy crap thats a lot of matches. Wish there was something similar with the Meltzer star ratings so i could see his highly rated NJPW rankings

I’ve found the system on the spreadsheet to be very reliable. That’s not all the matches on NJWorld, just the good-amazing ones. I’d say everything that is shaded dark yellow was rated 4 stars or more by Big Dave.

Jealous for those of you going. Have fun.

To waste Kota on Cody “***1/4” Rhodes is a damn shame. There are honestly so many other guys I’d rather see him in there with.

In general the undercard isn’t as strong as it has been in recent years owing to injuries and such, but the Main Events are undeniably very enticing. Naito is clearly New Japan’s MVP right now and the Okada match is looking certain to be his big moment. Thoroughly deserved after the great year he’s had.

Starting following NJPW with John’s G1 reviews in 2015, but been loyally following via NJPWWorld since King of Pro Wrestling 2015 - worth all the time I’ve put into it

Hosting a WK party at mine on Thursday. I haven’t gotten around to ranking my personal matches of the year, but I’d have to imagine NJPW will be taking eight or nine of the top ten spots.

I’m working Wednesday night, usually I go until 2am EST… I somehow lucked out though, and they asked me to wrap at midnight next week, so I’ll be home before the pre-show rumble.

Not a big fan of Cody either, but Ibushi should get a good match out of him. I think Kota is one of the top 5 wrestlers in the world right now.

I resisted NJPW for as long as I could, but I Omega/Okada II and III and going to the Long Beach shows I couldn’t resist the greatness of New Japan. 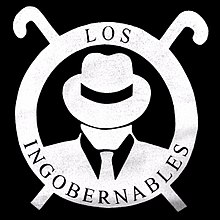 Just props to you for putting Los Ingobernables logo for obvious reasons. I am fan of them.

I’m excited for WK12. Okada vs. Naito is going to be insane, Jericho vs. Omega should be great while Jay White (who’s a superstar in the making) will shine against Tanahashi who hopefully doesn’t get banged up worse then he already is.

Parts of the undercard for WK 12 doesn’t feel too strong but it will probably be a strong show. Weakest match is likely to be Cody/Kota or KES/LIJ. I’ve just seen on Twitter that Cody is putting legit diamonds on his gear for this show as well, that guy is throwing money around!
In terms of what will be strong on the show. The Jr. heavyweight 4 way should be good, Omega/Jericho has the benefit of being no DQ now, Tanahashi will probably make Jay White a top guy and of course Okada/Naito will be outstanding.

Really really looking forward to Wrestle Kingdom, i love the presentation, and the way the card builds to the main event. Okada and Naito will set the tone for the year, while Jericho and Omega may well kill each other. I even get excited for the dopey Rumble as it’s always fun.

I’m watching Thursday morning with friends. Not live! Did that once before. No thanks. Been watching WK shows since 2013. With the exception of 2014s show each one has been my show of the year.

This one is stacked!

Anyone in NYC doing a watch party?

To echo many, this as as deep as I’ve been into New Japan and can’t wait for Thursday. There is also so many ways I see the fall out going.
Bucks to Heavyweight?
Omega / Cody / Kota Ibushi triangle
Will Tanahashii ever drop the IC belt and take time off to heal his arm?
Naito as new champ or the Rainnakers reign continues forever and ever…
Will LIJ hold all the belts? (Jr Heavyweight, Tag, Heavyweight)

this has me more excited than the last few Manias. I’m ready to watch a Wrestling show!