Who was your favorite wrestler when you were 10 or younger

Sup peeps!
Who be yo favorite wrestler when you wus
a kid person,10 and under?
Also did you have wrestling bed sheets?
Wrestling fans are a bunch of weirdos!

Hogan I turned 10 in 1990. He was huge during my childhood cartoon and everything, I even had a hulkamania work out set as a kid.

Brutus The Barber Beefcake. Almost entirely because he was Hulk Hogan’s best friend. This was my logic. Also the shears were pretty cool.

Mr Perfect and Ted dibiase they were my tag team on the arcade game Wrestlefest.

Bret Hart and The British Bulldog.

I was 10 in 1998 so I believe I was a huge Raven fan at the time. Thought he looked cool and liked his promos even though they made no sense to me.

Mine was savage and then the ultimate warrior. I went to WM 6 at age 10 and marked out

When I was a kid I lived in the UK where we didn’t have cable/dish so I never watched wrestling. My entire knowledge of wrestling came from

So my favorites were based on how much I liked their action figures.

I started to actually watch WWF when I was around 13 at the beginning of the attitude era. My favorites were Austin, Undertaker, and all of DX.

First show I saw was Summerslam 1991 when I was six, so naturally I was a huge Hogan and Warrior kid… and a family friend had enough tapes that I didn’t notice I was watching Warrior’s last appearance for eight months.

From there, I got into babyface Undertaker and Jim Duggan, probably because he was the biggest babyface to regularly appear on the Saturday morning shows… mom and dad held out as long as they could hiding the fact that we had the ability to order pay-per-view.

I would’ve been 10 in 1994-95 range. I remember being into heel HBK and then hated him as a super-pushed babyface. Smark since day one-ish!

Shawn Michaels. He retired a couple years later and I lost interest in the product until around Wrestlemania 30.

Hulkster. Dad took me to see him against Kamala.

My favourite was Matt Riddle.

I remember the first time I watched wrestling in 89 when I was 10. I saw these two: 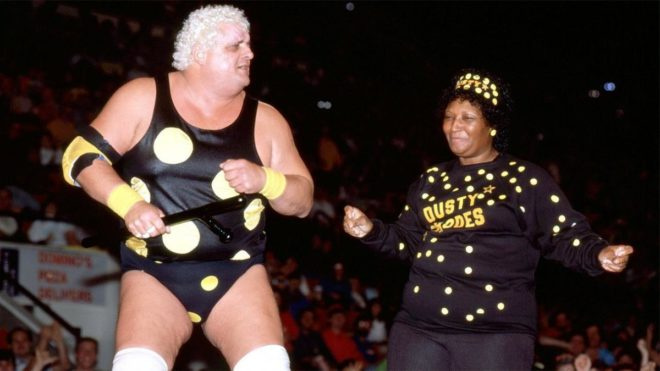 I asked what is that ?

The rest is history.

I did not have a favourite wrestler per say.