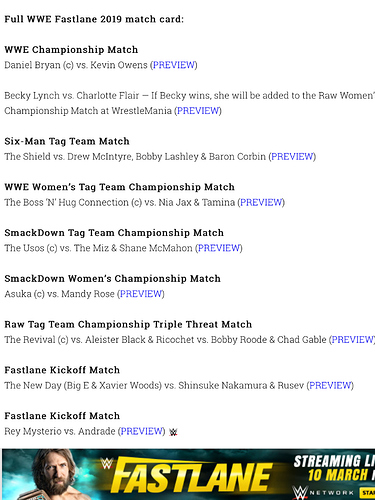 A slightly better start time of 10pm when the kick-off show starts for those of us watching in the uk tonight.

I dunno how exciting for this show I am, I’m looking forward to the shield match and seeing what unfolds in the Bryan-Owens, Becky-Charlotte, Uso’s-Miz/Shane matches.

I will be having a shot of Jack Daniel’s for everytime I hear the phrase pit stop on tonight’s show. “We’re on the pit stop to Wrestlemania ladies & gentlemen”

Someone please explain to me why Becky lynch is competing to be in the match at Wrestlemania when she’s already won the Royal Rumble. Is that when Vince took her out of the match for disrespecting the McMahon’s?

Pretty much, though I dunno what is worse at this point, winning the Rumble and being the curtain jerker, (ADR vs Edge comes to mind) or having the shot taken away and doing the chase story of getting it back.

I kinda like the G1 concept where even if you win, your shot is on the line, allowing the challenger to be built up as a credible threat to the title holder.

Loved the coast to coast spot a lot.

You let everyone down miz you let everybody down in Cleveland but most of all mike you let down your father!

Not just me, Graves is unbearable, right? We get it, Mandy Rose is hot.

That’s the biggest downfall of him being on both shows. He’s getting so annoying.

The crowd is right this is boring.

Graves has been trash for months now. He’s become a huge agitator to me in terms of watching the product.

All this bloody filler not every show has to be 5 hours long wwe just get on with putting on the matches you advertised.

Honestly, what is the point of FastLane? It has to be the most predictable PPV of the year. With all the info out about WrestleMania matches, it’s obvious what is going to happen tonight. Only Match I really wanted to see was this one for the tag titles and now that it was changed, the Fatal 4 way for the US Title. Everything else, I already know what’s going to happen.

Finally the show has livened up with some action. fine match richochet and Dawson were laying some shoots in thick on each other.

dean ambrose must of already signed a new contract I don’t think the wwe would be making it as public as they are by telling Michael cole to keep saying he’s not renewing his contract to the audience every week on their show.

Ali getting the Rey Mysterio treatment

Poor mustafa ali, came out to cricket and then get booed by a hand full of fans. I feel bad for him because it not bad enough that a injury started up the whole kofi mania mouvement but now his push will probably end because of the lack of reaction he got tonight.

They would’ve been better off just leaving it one on one. I don’t think the crowd would’ve shit on it as bad.

Remember when a superkick ended a match? 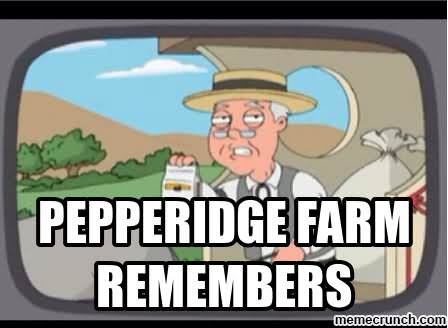 Zero talk on commentary about how the new Daniel Bryan wrestles differently. And we know that’s something Bryan is consciously doing.

all three tag divisions have the same set ups going to Mania. Multi teams being set up where losing teams are given more chances only because of post match beatdowns after losing so that everyone is 50/50 and nobody feels important.