XFL one week away!

With the XFL now a week away what’s your hype level? Are you watching, attending games, grabbing gear?

I haven’t done any research on it… who is broadcasting it in Canada?

TSN has you covered 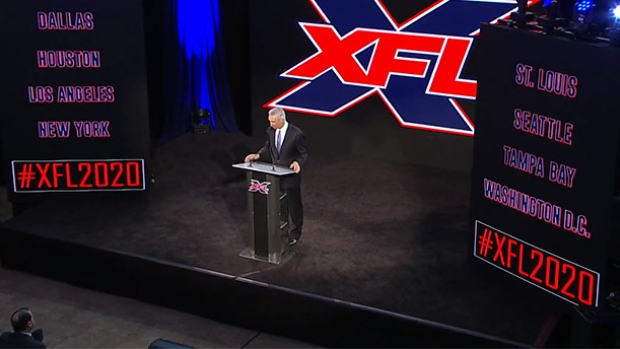 The XFL is back with a spring season that begins in February and wraps up at the end of April. Check our listings for your football fix!

I care exactly 0% about the XFL will never watch a game or buy merch.

Any idea how to watch it in the UK?

I’m intrigued for opening week but then it gets dicey. I just don’t get fully invested in non NFL pro football. If they can schedule their broadcasts away from NBA/UFC Live TV events and I enjoy watching the game I may get into it.

I’m kind of looking forward to it. I like the concept of football still happening on Sundays through April, but the talent pool is probably on par with NFL 3-stringers/practice squad players. I’m not sure how much interest they can keep with no real big name players, but they have major network support so maybe this can be sustainable longer than the AAF was.

One of the players. I will have to look and let you know latter. Is the son of a coworker. He is on the team that is playing agaisnt Dallas in the first week. I met him once when he came to the office to see his dad.

I feel like the Dallas XFL team has gotten a lot of publicity on social media and local sports-media (TV, Radio, Newspaper). Seemingly more than other cities. I think this is because.

DFW already has several major-league and minor-league pro teams. To grab the cities attention you need to be really good to start with. If the Renegades don’t look dominant I would expect them to quickly fall off the radar.

I miss the AFL (Arena Football League). That was a fun league that managed to differentiate itself from the NFL and carve out its own niche. I don’t understand why the AFL can’t be restarted when instead billionaires and networks are willing to bet big on totally new leagues.

My coworker’s son is a cornerback for St. Louis Battlehawks. Trey Caldwell #31.

Was there any promotion for it on Raw? Didnt see anything.

Thats now my team, unless he hate me un retires

I’ll be disappointed if Vince McMahon doesn’t open the show with “THIS IS THE X…F…L!!!”

Haha I don’t think it will happen! I think he might be too old to that hyped up Vince voice now sadly, and it also seems like he wants to distance himself publicly and make Oliver Luck the main public figurehead/spokesperson.

I will be attending Feb 23rd in St. Louis!

I don’t know if it’s just my friends or not but when the initial XFL launches everyone was wanting to check it out. They aren’t WWE fans but the idea interested them and WWE was more mainstream.

Now it’s basically more underground and less popular. No one at my Super Bowl party cared about the XFL or even knew it was coming and no one had interest in seeing it.

Am I crazy for thinking that this thing actually has a legitimate shot?

Yep, mad as a box of spanners.

XFL is tomorrow. Supprised to see that ESPN Australia is airing the games live.

Guess theirs not much other sports on at the same time.