Feel free to use this thread for spoiler discussion and MCU L8R feedback/questions related to Moon Knight on D+.

Just wanted to thank you guys for doing the Primer episode, as going into this series the only thing I’d ever seen Moon Knight related was the 90s DC vs Marvel series, and in the final issue you see the Amalgam character MoonWing (which I honestly only remember, I’m sure because Dick Grayson is my favourite fictional character). So alas I was happy to get so much insight going into this series! Excellent work. And since me and my girlfriend are watching tonight, my feedback may be a week behind lol hope you guys loved it and are having a great week!

Magan from Ottawa, ON

Moon Knight remixes the source material to great effect. Oscar Isaac worked Orphan Black magic by flipping between the bumbling Steven Grant and the badass mercenary Marc Spector. I’m glad it strayed from the “Marvel’s Batman” labels by making Steven a gift shop worker instead of a millionaire.

Also, Umbrella Academy’s fingerprints are all over the show. The car chase with “Wake me up before you go-go” was delightful.

The tonal flexibility is working it in its favour as there’s a intoxicating blend of humour and horror. The lines between fantasy and reality are nonexistent.

Watched Episode 2…and I cannot stand the Steven Grant character. If we are supposed to hate him and think he’s chicken shit, annoying, cowardly fucker, then bravo Oscar Isaac.

I was actually pro Arthur, due to Steven being so unlikable.

Also, Khonshu has no neck?

I thought episode 2 was a lot of fun.

The best compliment I can give the show is that it never really feels like it’s an MCU, aside from the obvious, because it’s just a well told story so far.
The chemistry between Ethan Hawke and Oscar Issacs is a lot of fun.
You can really tell Issacs is giving it his all after the whole Apocalypse fiasco.

I’m hoping we get more Marc as Steve stumbling in and out of trouble can only go on for so long.

Question; have you two been made aware of the QR codes they’ve snuck in the episodes and if so, are they potentially spoiling a cameo to come?

Really liked the first two episodes, lots of fun, really intriguing gif knowing nothing about what’s going on or where it’s going. I can’t wait to see what’s next! And I have cosplay ideas already lol

I’ll admit I didn’t catch this detail when I watched it (credit to Easter Egg YouTube videos), but a bus is seen showing an advertisement for the Global Repatriation Council - I suppose that’s confirmation we’re definitely in the main MCU timeline. That said, the stand-alone nature of this show has been very refreshing.

I’m enjoying the mash-up of various comic book iterations of the character, and even the brand-new elements. Moon Knight has been rebooted, retconned and reimagined so many times that this doesn’t feel jarring to me.

Q: When do you think Steven Grant first manifested as an alter ego? I think we can assume he wasn’t around when Marc and Layla were together. Do you think becoming the avatar of Khonshu is what “broke” him, or that his D.I.D. precedes that event?

Magan from Ottawa, ON.

“Summon the Suit” pushes things forward as the story begins to take shape. Oscar Isaac effectively conveys the war within himself as Steven and Marc fight for control of Khonshu’s vessel. Layla enters the scene and May Calamawy’s performance evokes Rachel Weisz in The Mummy as she holds her own amidst the idiosyncrasies happening around her and Steven. F.Murray Abraham’s Khonshu as the looming presence needling his avatar elevates the tension. I got such a kick out of seeing the Mr.Knight suit as it looks awesome. I also saw some traces of Legion as the ending takes the show to Egypt as Marc Spector takes the wheel.

NB: Marc’s passport is sign that we could see his upbringing down the line.

Big fan of the pod, first time long time. How is everyone oh good great to hear. I have a question about the show so far……fuck I forgot thanks I’ll remember it next week.

This was my favorite epsiode so far mostly for the amazing performance from Oscar Isaac. His range in this epsiode was on full display, and he was able to switch from one character to another on the fly with absolute grace. Reminds me a lot of Willaim Dafoes tremendous performance in No Way Home.

Also during the scene where all the God’s avatars were called togethher did I detect a Wakandan accent in one of them? Might be reaching, and its probably inconsequential, but cool anyways.

Apart from some ps3 level cg in places, it’s okay for me so far. I do appreciate Oscar’s on the fly transitions between Marc and Steven, and their dynamic is really what sets this apart. Not my favourite Marvel series so far, but Ethan Hawke is really stealing it for me, he’s awesome.

Episode 3 felt more like a globetrotting outing by putting Marc in the driver’s seat. Oscar Isaac’s range is terrific as Marc/Steven struggle to coexist and it was such a trip to see him channel Khonshu in that temple scene. I have a gut feeling that Jake Lockley will be the third alter (and apparently scarier than either of them) and i also love how authentic the Egyptian setting came off (looking at you, WW84).

Aside from the tease of a murderous third personality and a deeper dive into the mythology of the Egyptian gods and their avatars, this episode was notable for the strongest performances yet from the core cast. I thought Oscar Isaac, Ethan Hawke and May Calamawy were all excellent.

A special mention for Gaspard Ulliel. It’s one thing to read about his tragic accident but another to see him own the screen in his scenes with the knowledge that he’s passed away at such a young age.

So curious how the hammer gets reassembled. Mr. Rogers would have picked it up but last I heard, he was on the moon.

Well that’s just made things a little more interesting. This could be an out there take but could the hospital scene at the end and both Marc and Steven being their. Be due to the fact that Jake Lockley is now In control of the body? Or am I barking totally up the wrong tree. It was the first thing that came to mind for me.

A really fun Tomb Raider-esque episode done by the Lovecraft-style directors Benson & Moorhead and easily the best one (for me) so far with some great twists and practical effects.
Having read a lot of the hype for this series, it hasn’t lived up to it so far (which is my own fault), but hopefully it has turned a corner here with this episode.

Question: In light of Oscar Isaac’s performance, what are your thoughts on Dan Stevens performance in the excellent series Legion? Are they comparable?

Loved the episode, the institution part reminds me of the best Buffy episode from season 6 where wakes up in an institution with a similar predicament, forced to question her reality. Anyway, love the Tomb of Jake quick pass too :smiley 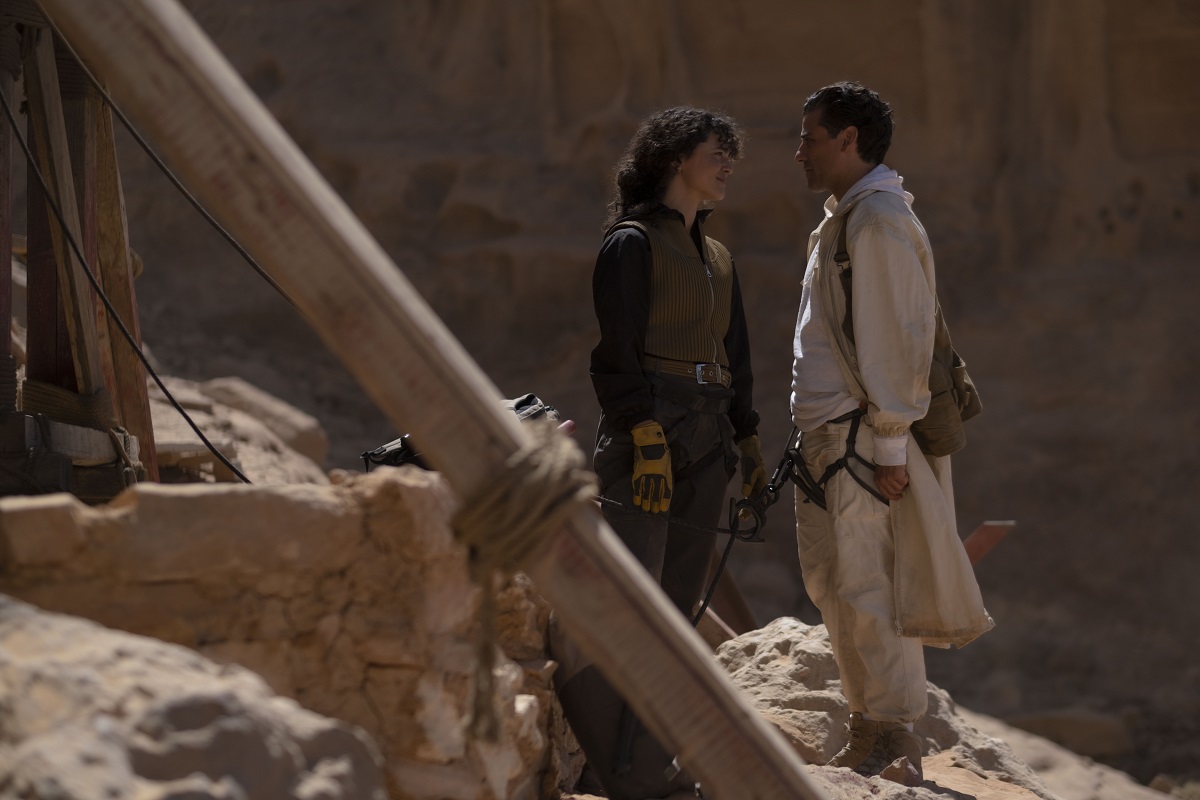 Another fantastic episode, and as usual Oscar Isaac shined.

With the confirmation we’ve had in Moon Knight about the existence of Egyptian Gods, the existence of Norse Gods in Thor, and the recent confirmation of what looked like Greek Gods in the most recent Thor trailer, how do you think they will explain how these different Gods all coexist in the MCU? How do they do it in the comics?

Moon Knight has levelled all the way up. “The Tomb” had laughs, scares and shocking revelations. Removing Khonshu hasn’t slowed everything down as it dives deeper into the Marc/Steven/Layla relationship.

It gave Legion a run for its money.

Thor side-note: how cool did Jane Foster look with Mjölnir?